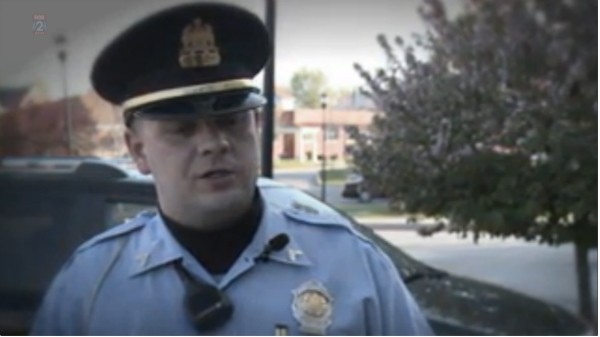 A crooked cop accused of drugging and abducting two women from a bar was allowed to run wild while his bosses in Pine Lawn looked the other way, a federal lawsuit alleges.

The disgraced former lieutenant, Steven Blakeney, was a walking disaster who seemed to set off red flags with everyone from the people arrested to fellow cops. Still, he thrived in Pine Lawn, climbing the ranks even as the complaints piled up.

The suit, filed on behalf of Lisa Schweppe and Jillian Zurmuehlen by ArchCity Defenders, claims Blakeney met the two women one night in November 2014 at a St. Charles bar and bought them a round of shots. The next thing they remember is waking up at 4 a.m. in his Oakville home, according to court documents.

They claim that Blakeney, with the help of a Pine Lawn police escort, had taken them to another bar in St. Louis city while they were incapacitated before hauling them back to his place. Zurmuehlen and Schweppe, who is a cop and S.W.A.T. team member in St. Charles, say Blakeney called another Pine Lawn cop the next morning, and that the officer drove them home.

Blakeney is awaiting sentencing in a separate case. He was convicted in January of a criminal civil rights violation for trying to frame a mayoral candidate in a bogus theft case in 2013. Blakeney had strong-armed a store clerk into saying the candidate stole a campaign sign from his shop, and then arranged for the candidate to be arrested on the false charges.

In their suit, the women argue that Pine Lawn should have known they had a rotten apple. The lawsuit exhibits include complaints from residents who say Blakeley roughed them up and called them racial slurs. Fellow Pine Lawn officers put their concerns in writing too, alleging Blakeley was a power-tripping liability who showed up to work on drugs and bullied them into escorting him to bars outside of their jurisdiction.

In 2012, the Bel-Nor police chief wrote a letter Pine Lawn's chief, laying out accusations that Blakeney, who was a corporal at the time, repeatedly followed and sexually harassed one of Bel-Nor's female officers.

Not only did Blakeney keep his job, he was later promoted to lieutenant.

“In spite of a long history of misconduct that could have led to his termination years ago, Officer Blakeney moved from town to town, doing what officers in our region describe as ‘the muni shuffle,’” attorney Thomas Harvey, Executive Director and co-founder of ArchCity Defenders, said in a statement.

The Blakeney case is part of a larger problem of cops abusing their authority with disastrous consequences, Harvey says.

The same day ArchCity sued Pine Lawn, the not-for-profit law firm also filed another federal lawsuit against St. Louis County and Chief Jon Belmar, alleging county cops regularly issued warrants for suspects with little to no supporting evidence or authorization from a judge. Officers often jail people on the so-called “wanteds” for 24 hours without need for a warrant.

“Both cases contain decided elements of police overreach followed by systematic failures,” Harvey said in a statement. “If the correct procedures had been in place and followed, the Plaintiffs in both cases might not be in court today. That did not happen.”