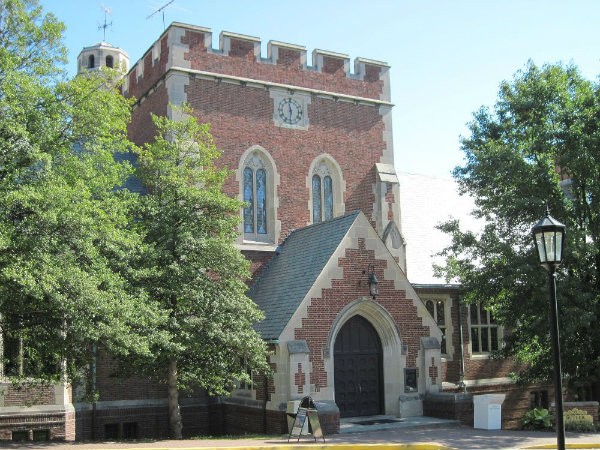 A former MBA student is suing St. Charles-based Lindenwood University, saying that his civil rights were violated when he was expelled for plagiarism.

Soma Sekhar Kandepu, a native of India, alleges that Lindenwood failed to take into the cultural differences that led him to memorize a study guide rather than paraphrase it. Kandepu also says that a language barrier prevented him from "fully understanding" the university's code of conduct —- as a result, he was booted from the business school just two classes shy of graduation.

According to the suit, Kandepu enrolled at Lindenwood, a private liberal arts university, even though it required commuting from the East Coast. He flew in from Delaware and New York "approximately 31 times" in order to attend classes in Missouri.

But Kandepu says he twice ran into trouble in his classes. In the spring of 2014, he collaborated with another student on a midterm test —- something he says was common in India. But when Lindenwood used the plagiarism-detecting software Turnitin, his "collaboration" was detected, leading to the first strike against him.

In the summer of 2015, the suit claims, he was again pegged for plagiarism, this time after using a classroom textbook and study guide to complete an "open book" assignment. In this second case, his suit says, he did not collaborate with anyone (he was back on the East Coast, sick). He believes his only error was hewing too closely to the study guide.

And as Kandepu notes, that was how he'd been trained. in India. "[R]ote memorization had been valued in the India education system," he notes, adding, "the professor of the class at issue unequivocally stated that there was no need to be concerned about reproducing verbatim information in the textbook, which presumably extends to the study guide for the textbook, as responses to homework assignments."

Through a spokesman, Lindenwood said it would have no comment. "We are aware of the suit. It is not appropriate to comment upon it at this time," its statement read. "We will present our side of the matter in the court system.”

Kandepu is suing for breach of contract, breach of the implied covenant of faith and fair dealings and violations of the civil rights act. He is asking for at least $75,000. Kandepu's lawyer, Dan Kazanas of St. Louis, declined comment.