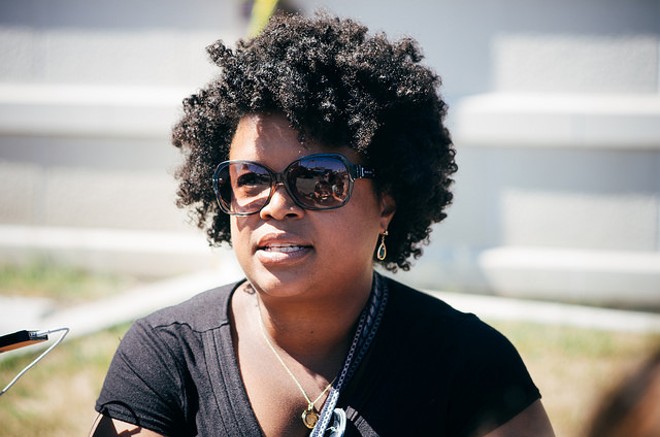 For candidates running for office, few tools are more essential than the NGP Voter Activation Network, or VAN. Which is one reason that candidates like Bruce Franks Jr. are frustrated that the Missouri Democratic Party won’t give them access.

“By not be able to use those tools, it puts us at a disadvantage, especially when we’re running against incumbents who are experienced,” says Franks, a St. Louis-area activist vying to become a state representative in his first-ever run for office.

Sometimes called “the voter file,” the VAN software offers tools that, most simply, organize campaigns. One feature (of many) lets users filter voters according to constituency. If a campaign wants to compile a list of, say, lawyers age 25 through 35 who consider the environment an important voting issue, the VAN could generate it. The software is important enough that when the Sanders campaign accessed the Clinton campaign’s data during a system glitch in December, it made national headlines.


But now the policies surrounding this system in Missouri are mired in confusion. Some Democrats who are challenging incumbents say they expected to have access, but this year have been denied. While there’s no formal written policy, they’re being told that the VAN is no longer offered to challengers in primaries where the incumbent is seeking reelection.


Adding fuel to the fire, in several instances in this election cycle, the challengers are outsider black or female candidates, taking on a more entrenched establishment. They question why they’re being shut out.


The Missouri Democratic Party Chairman Roy Temple says the policy seeks to encourage Democratic party candidates to make “higher quality data available to the party as a whole.” He’s concerned that incumbent candidates might not contribute their voter data to the VAN if they know a challenger could use it against them.


In a post on Medium, Temple writes that this “historic practice” has been in place “during the time that I have been Chair” — that is, since 2013. 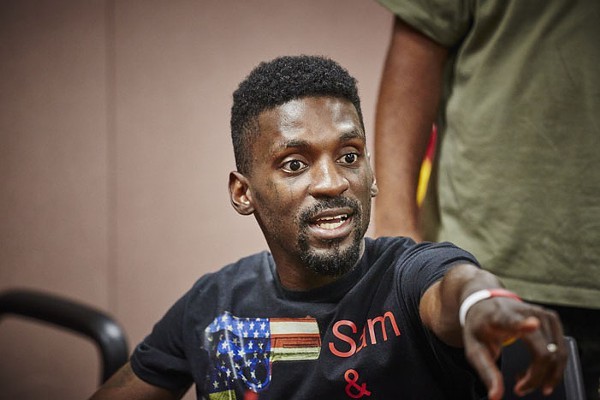 Before then, though, the VAN was equally accessible to incumbents and challengers on at least a few occasions. The St. Louis Beacon noted one incident in 2012 where access was given to four challengers, even though a Democratic incumbent was running for reelection. Missouri Rep. Tracy McCreery (D-St. Louis) also says that when she ran in 2012, the VAN was available to a challenger. But since it was a redistricting year, she’s not sure that the Democratic Party officially considered her an incumbent.


Temple says he can’t speak to decisions made before his chairmanship. However, one challenger, Cara Spencer, confirms that she accessed the VAN as recently as her 2015 election to the St. Louis Board of Aldermen. Temple tells RFT in an email that “a staffer no longer with the party mistakenly granted Spencer access.”


Spencer notes that her political consultant acquired the VAN easily, but that she had trouble getting access on her own after she stopped working with that consultant.


“I banged on the door, and I couldn’t get in,” she says. (Even though she eventually gained access, Spencer, who has a Master’s in mathematics, notes that she didn’t like the system and built her own — something she says that most candidates wouldn’t have the time or training to do.)


Spencer challenged an incumbent democratic alderman and won. But she’s not sure most Democrats could do that without the VAN. “For the average candidate, the voter activation network can be an immeasurably, incredibly valuable tool,” she says.


That’s a concern for Missouri Sen. Maria Chappelle-Nadal (D-University City) as well. In an email to the RFT, Chappelle-Nadal says that when she requested access to the VAN for her campaign challenging U.S. Rep. William Lacy Clay (D-St. Louis), the party at first told her it shouldn’t be a problem. But then she was told to request access from the 1st Congressional District Committee. After two months of back-and-forth, the party told her she could not have access.


Temple disputes Chappelle-Nadal’s timeline, saying that, from the beginning, he told his staff to inform her that she would need to contact the District Committee.


Chappelle-Nadal blasted the party’s decision last Saturday, writing on her public Facebook page, “I think this is grossly undemocratic. On Monday, I will give a speech on the Senate floor of how the Missouri Democratic Party ABORTS the dreams of poor Black girls like myself who want to run for Congress.”


Temple says he’s not sure where the confusion comes from, but he acknowledges that the policy needs to be put in writing; the state committee will consider it at a meeting on February 20. The goal was never to hurt progressive candidates challenging the establishment, he says — and notes that in several situations where this rule would apply, the challenger and incumbent are both African American.


The VAN is maintained by a private company that collects voter data from the state and from the politicians who use it, then sells their software and the data to both candidates and non-profit organizations. Purchasing access to VAN or similar systems is always an option for candidates who aren’t granted access through the party. But that can cost thousands of dollars.


For candidates like Cori Bush, who is challenging Republican Senator Roy Blunt and has access to the VAN, the idea of one Democratic candidate being favored over another doesn’t seem right.


“It should be a level playing field,” she says. But with unequal access to the VAN system, Bush says, it is anything but.