Big Shark Is Leaving the Loop 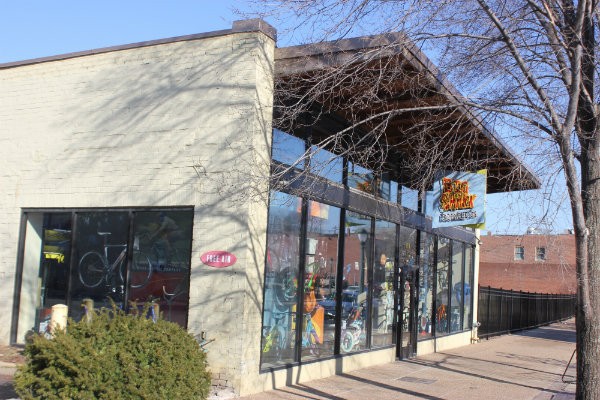 Since 1993, Big Shark Bicycle Company (6133 Delmar Blvd.) has been a fixture in the Delmar Loop, a retail mainstay in a neighborhood that's shifted from its funky roots to become a mecca for college kids and fast-casual dining.

But that long-term relationship is ending this spring — the cyclist's mecca is pulling out of the Loop.

Mike Weiss, Big Shark's owner, tells RFT it's a bittersweet decision. "If I had to say one thing that's contributed to our success, it's been the Loop," he says. "This is our third location here, and we've grown every time." But "parking and access" have become a problem, he says, and he suspects the issues will only escalate.

Indeed, despite the rash of closures in the Loop in recent months, the problem is less about empty storefronts than just how popular the neighborhood has become — sort of like that old Yogi Berra joke ("No one goes there anymore. It's too crowded"). A new 13-story apartment building recently announced for the block near Big Shark is just one example.

"Parking is a problem because everyone else is so busy," Weiss explains. "It seems like the Loop has become a destination for entertainment and dining at the expense of retail."

And you shouldn't blame the trolley. Weiss is aware that many of his neighbors suffered during the height of construction last year. "But," he says, "we had slight growth."

Still, now that trolley tracks have been laid, the signs along them warning cyclists of imminent disaster have not gone unnoticed by Big Shark customers. 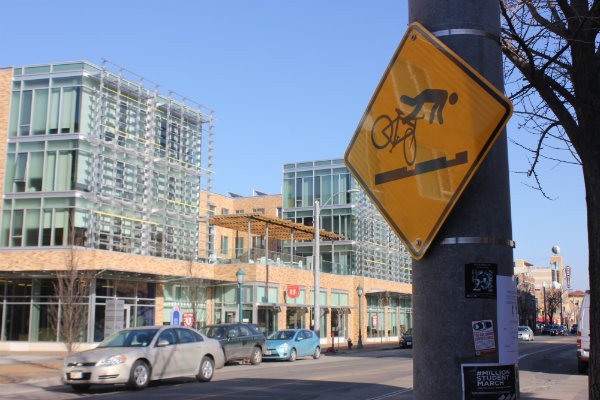 "We're being a bit responsive to that," Weiss acknowledges. "Our goal is to see more bikes on the street, not less. And I'm not sure it was a high priority for them on this project to make it bike-friendly."

Weiss says he's "very close" to signing a lease for a new location within a mile or two of the current Loop location, but he doesn't want to jinx it by saying where just yet. Big Shark has grown to include two other shops, one downtown and another in Chesterfield; the goal is to keep the third shop somewhere right in the middle between those two.

Originally, Big Shark was located next to Vintage Vinyl in the heart of the Loop, and later moved to a second storefront before moving into the standalone shop next door to the Pageant in 2003. "Joe built us a beautiful store," Weiss says of his landlord, Joe Edwards, who owns much of the Loop and is also the driving force behind the trolley. "We absolutely love the space and the neighbors."

Edwards, as well as the staffers at Wash U. working with the bike shop, "through the whole process have been true gentlemen," Weiss says.

As for Edwards, he's playing with some big possibilities for the building — possibly retail, but possibly something even more exciting, which he isn't ready to talk about yet.

"I love taking risks on creating spaces that aren't just your average building," he says. "Let's create something fun. That's why I've worked on the trolley project for 19 years."