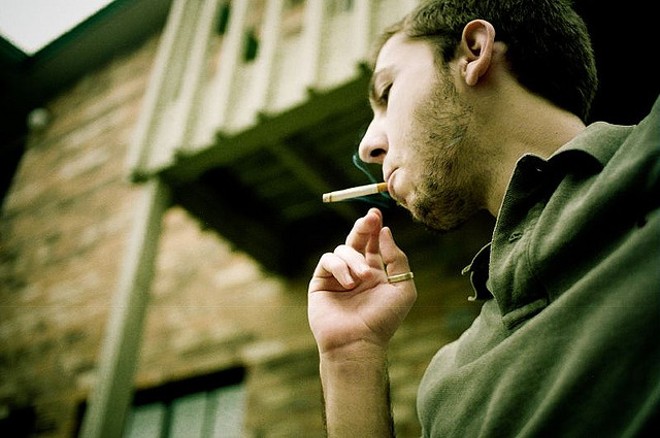 A pack of cigarettes will cost you less in Missouri than any other state — but the true cost of smoking even here is staggering.

A new study by WalletHub finds that the average smoker in Missouri still loses a mind-blowing $1.25 million over the course of their life on everything from healthcare costs to lost investment income. That's a ridiculously high number, but it's still less than all but two other states. In New York, the most expensive state for smokers, your habit will cost you $2.4 million over your lifetime, the study found. An average smoker there will spend $187,379 on cigarettes alone throughout the course of his or her life.

The below map shows the details — the darker the blue, the least amount of money wasted.


So how do those charges rack up? In Missouri, here's the lifetime breakdown:

Cigarettes: $84,754 — that's based on a pack a day at current prices
Financial Opportunity Cost: $801,442 — that's how much you could accrue, the study finds, if you invested that extra income in the stock market instead of puffing it away
Healthcare Costs: $162,421 — the study took the healthcare expenses related to smoking for each state, then divided it by the number of smokers here
Income Loss: $194,877 — a study by the Federal Reserve of Atlanta found that smokers earned 20 percent less than non-smokers, so the study extrapolated that out.
Other costs: $10,927 — homeowners insurance, for example, costs more for smokers.

If you look at all those factors, tangible and in-, the cost for just one year of smoking in Missouri adds up to $24,596, the study finds. And so even though buying cancer sticks will only set you back $1,662 each year in Missouri, all those other costs really add up.

So, maybe think about quitting this new year?