Missouri Is Still the Only U.S. State Without a Prescription Drug Monitoring Program 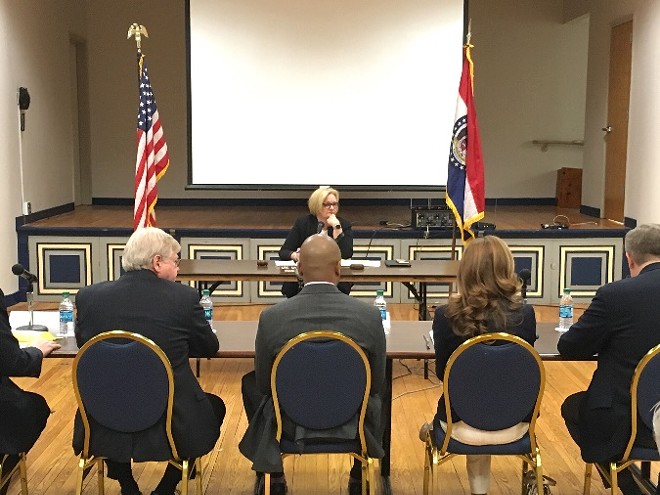 But Missouri remains the only state in the nation that doesn't have a database to monitor prescription drug use. New Hampshire passed legislation to create its own back in 2012, and even the District of Columbia, which didn't get around to approving the creation of one until 2014, is bringing one online later this year, says Heather Gray of the National Alliance for Model State Drug Laws. We're totally alone on this.

U.S. Senator Claire McCaskill visited Jefferson City yesterday to lobby for that and to bring awareness to the growing prescription drug problem in the state. Last year, she told lawmakers, overdoses killed 40,000 Americans, and two-thirds of those were opioids other than heroin — basically, Big Pharma products such as Percocet, Vicodin and Oxycontin.

And those synthetic drugs may be the gateway for many users to try more dangerous drugs. McCaskill told the committee that four out of five prescription drug abusers eventually transition to heroin.

McCaskill said, “When 49 states have [implemented a prescription drug monitoring database] and Missouri is the only one that hasn’t, my Missouri common sense tells me maybe we’re the problem, not the other way around.”

Now, our Missouri common sense tells us that we might want to follow Colorado's route when it comes to opening the door to a far more medicinal set of drugs. But maybe that's just us. In the mean time, State Rep. Holly Rehder (R-Sikeston) has introduced a bill to bring a prescription drug database to Missouri. Even State Sen. Rob Schaaf (R-St. Joseph), a critic of the databases, is now offering an alternative that would put the issue before voters. So, maybe we're ready to follow the lead of the rest of the U.S. on this matter — and the rest is just details? Stay tuned for more as the third week of the legislative session continues.