Residents and business owners of South Grand Boulevard have always thought their street was great, but on January 13, the American Planning Association's Missouri chapter made it official — naming the south-city thoroughfare one of four "Great Places" across the state. CityGarden, the park located in downtown St. Louis, was also honored as a "Great Place."

The two other winners are the Katy Trail system and downtown Springfield's Park Central Square.

An urban sculpture garden funded by the Gateway Foundation, CityGarden opened to the public in 2009. But South Grand has had a longer, more complicated road to this point. It took a $3 million facelift and a community-wide effort to achieve greatness.

“Prior to 2009, we were a four-lane road; the average speed was 45-50 miles per hour,” recalls Rachel Witt, executive director of the South Grand Community Improvement District. But that year, the East-West Gateway Councils of Governments brought South Grand into the Great Streets Initiative, which awarded federal and aldermanic grants to design a new streetscape.

The revamp, which took four years, included a road diet, wider sidewalks, rain gardens and artistic ironwork. Since the project’s completion, Witt and the rest of the Community Improvement District have focused on maintaining the street’s infrastructure. 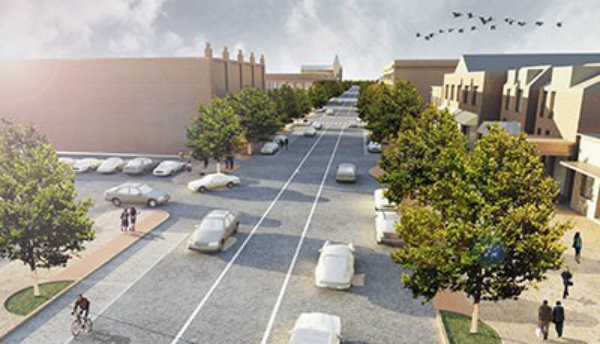 The district even goes as far as vacuuming the pervious sidewalks, a detail that Witt referred to as “hysterical.” But it’s also a detail that serves as a testament to the community’s commitment to South Grand.

“It’s such a collective force of people who just have a whole lot of passion for South Grand," said Witt. "You can improve on the infrastructure of a street anywhere, but if you don’t have the people to support you that means nothing.”

Today, South Grand may be the most diverse street in the city. From Thai-inspired Basil Spice to Sheesh Restaurant, a Turkish eatery that opened last month, South Grand boasts a line-up of restaurants that can satisfy cravings that stretch to several corners of the world.

“We have 14 countries currently represented on South Grand,” said Witt. “There are more countries on South Grand than in Epcot, so you don’t have to go to Florida to try different foods from around the world. We have that all on South Grand.”