It's True: Riverfront Times Is Returning to the City of St. Louis 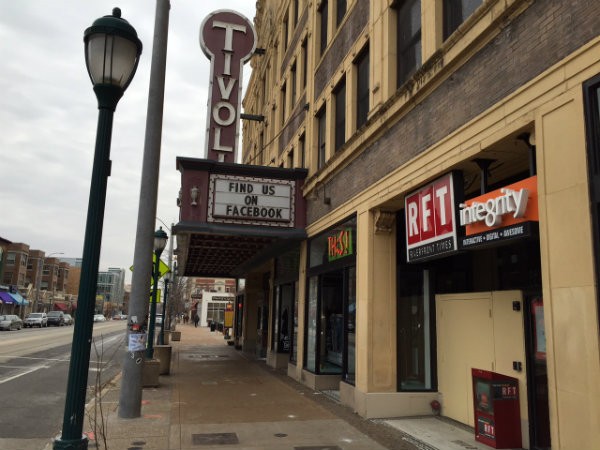 On August 21, 1996 — the week that Riverfront Times owner Ray Hartmann signed a lease to move this newspaper from its office in downtown St. Louis to the Delmar Loop — Phyllis Schlafly was on the cover of the paper. The cover story was called "To Hell and Back," and it featured writer Richard Byrne going into the "belly of the beast" to "observe Satan and his minions (actually Bob Dole and the Republicans)". Remember when Bob Dole was still considered a Republican?

Suffice it to say, that was all a very long time ago. Hartmann sold the paper just a few years later, and the people he sold it to, Arizona-based New Times, later sold their company to people in Denver, who then sold the RFT all over again. We've been through quite a few editors and even more writers. But all the while, we've stayed in that building in the Loop, next to the Tivoli Theatre and just past the edge of the city limits.

The lease hasn't been signed, so none of this is completely final, but we are in the process of completing the details to facilitate a move back in to the city of St. Louis — the Central West End, to be precise.

We wouldn't be announcing this just yet if it was up to us, but late last week, we got a call from the influential blogger Alex Ihnen, whose sources were so good we just couldn't lie. Yes, we acknowledged, we are planning to move to 4512 West Pine. Yes, that used to be the home of the Show-Me Institute, and yes, we kind of love that delicious detail.

But Ihnen asked a question that we couldn't easily answer — how long, exactly, had we been here in the Loop? Even though a few staffers remain from those days, memories were foggy. It was only this morning that we got a chance to dig up that old lease and find the records showing the deal was finalized in August 1996 and the move completed some time in late December. Veterans remember this building's original, RFT-designed purple-and-black color scheme ("it was like Prince lived here," one jokes) that fortunately didn't survive all the changes in ownership. They also remember there was some level of outcry — even the RFT was leaving the city??

So why are we moving back?

Contrary to rumor, we aren't fleeing the trolley. (We lived through all that, and we survived the worst of it.) We'll miss the Tivoli and good lord we'll miss Three Kings Public House.

But it became clear as we started switching things up under new ownership, Cleveland-based Euclid Media, that we wanted a reset. A lot has changed about the RFT in recent months, from our paper size to its look to the kind of stories we're focused on, and we want a fresh start.

And as much as the Loop is a huge part of what makes St. Louis what it is, there will be something apropos about being on the other side of the city/county divide. We want to be in the middle of St. Louis' ongoing renaissance. (Yes, renaissance — one that its neighborhoods are leading the charge on, one new restaurant and one stabilized block at a time.) We even want to pay that earnings tax. We know that the city's bean counters will never notice that a handful of ink-stained wretches will be more fully contributing to its coffers, but it's the thought that counts, right?

And here are our thoughts this January: We believe in this city. We promise never to put Phyllis Schlafly on the cover again. And we are definitely staying away from the purple paint.

It'll be good to come home.

Sarah Fenske is the editor in chief of the Riverfront Times. Email her at sarah.fenske@riverfronttimes.com or follow her on Twitter @sarahfenske.