A 63-year-old worker at a Cherokee Street market somehow managed to dodge a shower of bullets when a gun-wielding robber unloaded from just feet away.

The woman turned to make change at Asian World Market when the crook lunged across the counter and pointed a pistol at her head, as newly released surveillance video of the January 4 encounter shows.

The woman surprised the thief when she whipped out her own handgun. That’s when her attacker opened fire, squeezing off multiple rounds that seemed to circle the woman but never hit her. She didn’t return fire but chased after the man as he bolted from the store.

The shooter slammed another worker, a 64-year-old man, as he fled, opening a gash on the older man’s face, police said. 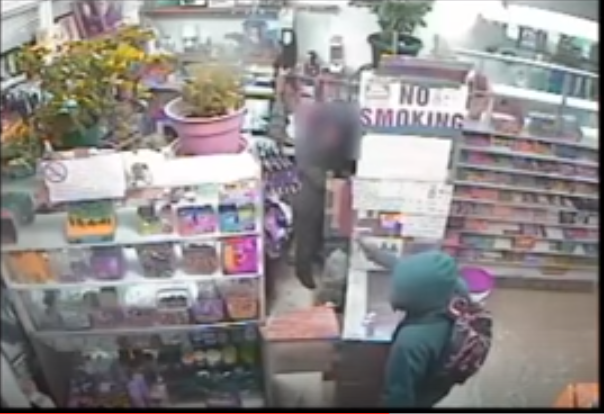 Detectives are still searching for the suspect. They estimate he’s about 25 years old, maybe as tall as 5 foot 8 with a medium build. He wore a green hoodie and backpack during the attempted robbery.