Forget the Rams. St. Louis Will Be Just Fine as a Two-Team Town 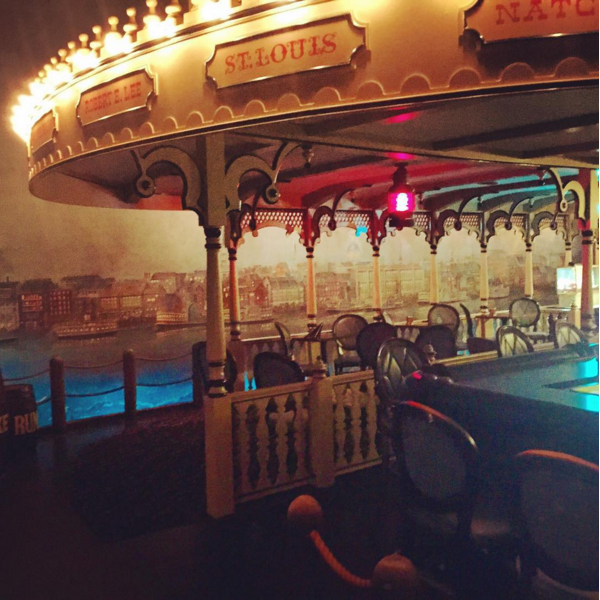 Past the desolate edge of what could reasonably be considered downtown St. Louis, tucked between the highway and the river, there is a 90-year-old restaurant with a bar built to resemble a steamboat. A mural along the wall depicts a river scene, and next to it is a fake dock with a fake body of water. Drink enough gin here, and you'd swear you were on the edge of the Mississippi on the deck of the Cotton Blossom.


In this bar, and at this restaurant, I had my first date with my husband, a guy named John I'd met in the hallway of my apartment building in the Central West End. (I was apartment 517; he was apartment 617.) Al's Restaurant is certainly an odd place for a first date – it's the sort of place you might take your mistress on a Tuesday, or your wife on Valentine's Day – but we both had our reasons for discretion that August of 2011, and the place was so charming and unusual that I promptly fell madly in love with him. The rest is history.

But Al's Restaurant was nearly history, too. In St. Louis' ill-fated quest to throw $355 million at Stan Kroenke and build a new stadium for the Rams, Al's had been unceremoniously slated for demolition. And here's the real insult: It wasn't being torn down for the stadium itself, but to become surface parking.

See also: 50 Things We'd Rather Keep in St. Louis Than the Rams

When John and I celebrated our one-year wedding anniversary at Al's two weeks ago, a quiet air of anxiety permeated the restaurant. The owner quietly explained to the regulars dining in the center table that there was no news; our waiter sheepishly suggested we look up Al's petition on change.org. “We just don't know what's going to happen,” he said, “but if you'd like to lend your support, we could use it.”

This is probably where I should mention that all the waiters at Al's are at least 60 years old. They didn't turn to change.org because they're looking for a cause on social media. They were literally fighting for their livelihood.

Last week, of course, Kroenke made it clear just how he feels about St. Louis – which suggests that even if L.A. won't take him, St. Louis is hardly going to spend $355 million to keep him.

But while everyone fussed and fumed about Kroenke's insulting proposal to the NFL, I found myself thinking about Al's, and about the kind of city we want to be. Namely, do we want to cling to the idea that you need three (or even four) sports teams and a slew of corporate boxes to be a world-class city? Do we raze what's not quite paradise and put up a parking lot – for just eight NFL games a year?

Or do we cling to the wonderful, the old and the weird? Do we shore up the marvelously strange pockets that make this place so enchanting?

I lived in Phoenix from 2004 to 2010, years of such go-go growth that this frontier town surrounded by desert somehow passed Philadelphia to become the fifth-biggest city in the country. We also somehow ended up with four professional sports teams – and we spent handsomely to mollify them.

But when I moved to St. Louis in the summer of 2010, this seemed a far more vibrant city. I couldn't believe that I had my pick of walk-friendly neighborhoods – in Phoenix, there was literally one option if you were into that sort of thing. And while in Phoenix everyone waited out the summer behind their central air, in St. Louis everyone always seemed to be at the corner bar. For the price of a draft beer you could make new friends.

Phoenix was all right angles – broad boulevards with big new strip malls behind landscaped mounds. St. Louis had odd little corners. Every neighborhood seemed to have a singularly spectacular park – and at least one wonderful old church built by immigrants. And those bars! My go-to spot became a place called Rosie's, where the bartender was a MMA fighter who never stopped smiling. But every block seemed to have its own gathering place, each more original than the next. At Talayna's, the karaoke kept going until 3 in the morning. At the Hideaway, a blind piano player named Mark Dew sang “Ring of Fire” and “Mack the Knife” while couples two-stepped on the dance floor.

And then there was Al's. Built in 1872, it's still owned by the Barroni family, which opened the restaurant in an old sugar exchange in 1925 and has operated it without interruption since. The food is decidedly old-school, but you'll have to take your waiter's word for it: There are no written menus. Instead, waiters recite the entire list of the evening's offerings, wheeling a cart showing off the cuts of meat. The owners briefly introduced menus some time around my first visit – only to jettison them just a few weeks later. The regulars, a server recently confided, flatly refused to take them. 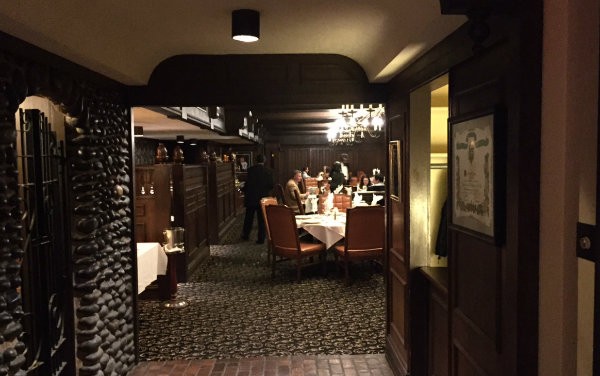 Back in the '90s when Phoenix began its growth spurt, there was this idea that to become a world-class city you needed to tick all the right boxes: performing arts center, football team, convention center. Check, check, check. But by the time I arrived, Phoenix was in the throes of an existential crisis – it had all those things, but it still seemed to have no soul. (The newspaper I worked for even brought in a consultant named Richard Florida to help Phoenix become “cool,” which went about as swimmingly as you'd expect.)

The problem for Phoenix is that professional sports teams can't make you “cool” – and ultimately, they matter very little in the mix of what makes a city an attractive place to live. They certainly can't convince people to stay if their jobs, or ambitions, lie elsewhere.

St. Louis is proof of that. In his proposal to the NFL, Kroenke made note of the dismal stats that we've all become accustomed to hearing about our city (“490 of 515 U.S. cities in economic growth in recent years,” “lowest rate of population growth of any major U.S. city from 2008 to 2014,” “lost $3.41 billion in resident income through migration,” etcetera, etcetera). But guess what? We lost all those people, and their resident income, while we were an NFL town. Clearly, the prestige of being associated with the Rams didn't do much to stop the bleeding. Nor has Los Angeles suffered a loss of prestige during its years without a team.

Kroenke also argued that we could no longer support three professional sports teams – that St. Louis, if not a two-horse town, is certainly a two-team town.

And while we all reacted with outrage (and by all, I include this paper), Kroenke's piling-on obscured an important point: a two-team town is not a bad thing to be. Portland, Columbus, Salt Lake City, Nashville, Indianapolis – these are places with just two professional sports teams, and they're also growing cities with a good quality of life. They're not growing Phoenix-style – none is on-pace to be among the top five in the nation – but they feel marvelously livable.

What gives them that feeling aren't their sports teams. When you go to Portland, you don't visit Moda Center. You go to Powell's Books, or Old Town Chinatown. You don't complain that there's no NFL team; you hit the bike paths.

In St. Louis, it's looking like we won't have a nifty new football stadium on the river. So what? We'll have places like Al's Restaurant – a 90-year-old landmark where the bar looks like a riverboat, where the Manhattans are stiff and the waiter is old enough to be your grandfather. Give me that over a $1.1 billion dome any day. That we're not spending $355 million in public money on these landmarks is just the cherry on top.

Sarah Fenske is editor in chief of the Riverfront Times. You can reach her on email at sarah.fenske@riverfronttimes.com or follow her on Twitter @sarahfenske