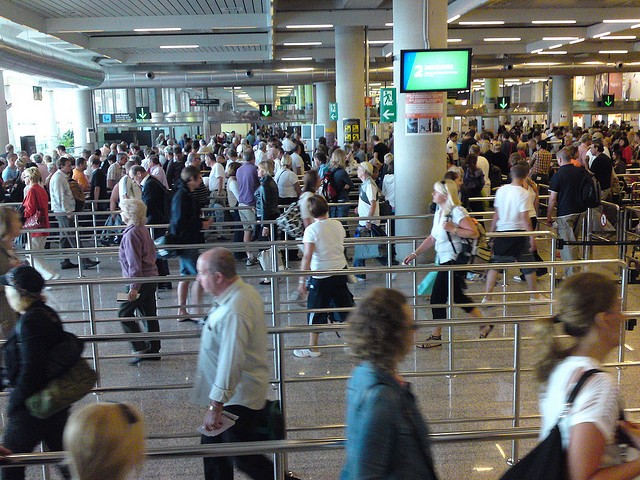 One week after Missouri and Illinois' extension to comply with the federal government's stringent Real ID requirements was set to expire, raising fears that those states' driver's licenses would no longer be acceptable forms of ID at airports and federal courthouses, the feds have backed down.

Earlier this week, the Department of Homeland Security said there was no way they'd enforce the 10-year-old law for another 120 days, relieving fears that passports would be necessary in the new year for all Missouri and Illinois residents.

But in a statement released this afternoon, the agency went even further. It noted that Missouri and Illinois will have another two years to comply with the Real ID requirements — meaning passports will not be necessary for commercial flight until at least January 2018.

"Over the next two years, those states that are not REAL ID compliant are strongly encouraged to meet the requirements of the law for the benefit of their residents," the statement reads.

In the long run, we're not exactly sure that this resolves anything. It's not like states like Missouri and Illinois are having trouble meeting the new requirements; it's that they are philosophically opposed to them. (Among other things, state lawmakers fear a national database of driver's license information would erode privacy.) So in another two years, we imagine, they could again be staring us down and threatening our ability to travel using our driver's licenses... and the feds could again blink when state lawmakers refuse to comply.

But who knows. A lot could happen in two years — we'll have a new President, and a new Missouri governor, among many other things.

And for now, we're just happy we won't have to keep worrying about whether we can board that plane ... or need to find the old passport we squirreled away somewhere. If this is merely kicking the can down the road, we're all for it.