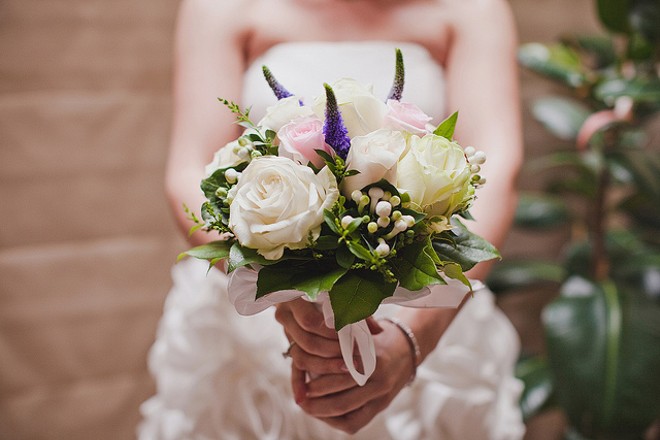 Officials with the Missouri Attorney General's office know all about Ryan Crowell. That includes his home address and the location of his Texas-based wedding planning business. And according to email records obtained by Riverfront Times, they've had this information for nearly a full year.

And yet, those same officials appear unable (or incapable) of using that information to aid the 73 couples whose weddings Crowell canceled suddenly in 2011. That year, Kansas City shut down Crowell's wedding venue for "permit deficiencies" on renovations; as it turns out, Crowell had already used 73 couples' down payments to fund those renovations. In 2013, a Jackson County circuit court judge ordered him to pay roughly $43,000 in restitution and $87,000 in fees.

The ruling was covered by multiple news outlets, including this one. At the time, Attorney General Chris Koster said he was pleased that his office was able to to protect consumers and "stop this scam."

Despite the judge's ruling, though, none of the couples listed in the states' lawsuit have seen a dime of restitution. And that's even though Crowell says he's been trying to pay down his debt.

See also: After Ruining 73 Missouri Weddings, Ryan Crowell Is Back in the Wedding Business — in Texas

In a statement to the RFT last month, a spokesperson for the Attorney General's office said that attempts to garnish Crowell's Kansas and Missouri bank accounts had failed because, well, he'd simply closed those accounts.

But after we published an update on Crowell's case, reporting that he'd moved to Texas and gone back into the wedding business, we received records of email correspondence between a well-informed tipster and the Missouri Attorney General's office.

Dated early January 2015, the emails show the tipster traded messages with Melissa Koetting, a staff member in the AG's financial services division. Koetting was told then that Crowell was now going by the name Ryan Murphy, and that he had moved to Texas and started a new wedding planning business. The tipster provided accounting documents indicating that the business, Padre Ryan Wedding & Events, had notched more than $400,000 in revenue between January and August 2014.

When we asked the Attorney General's office about the January 2015 emails, the initial response was bafflement. Press secretary Nanci Gonder said the actual attorney assigned to Crowell's case "was not aware of this information."

However, after "checking further," Gonder later told us that a staff member had indeed followed up on the information provided by the tipster "to seek opportunities to collect from Mr. Crowell."

But even with knowledge of Crowell's location and assets, the Attorney General's office maintains that its hands are tied. In a statement, a spokesperson says Crowell is being shielded by the debtor-friendly Texas constitution, which prohibits wage garnishment in all cases except except child support  and alimony:

Mr. Crowell's obligation on the judgment remains, and we will continue our efforts to hold him accountable for his misdeeds in Missouri despite the impediments to collection imposed by Texas law. Our office has attempted to collect in both Missouri and Kansas. We will continue to investigate and, when possible, collect on our judgment against Mr. Crowell.


Crowell sees the situation differently. According to his telling, the Attorney General's office is basically incompetent at collecting money from a person who actively wants to give them money.

"This isn’t for a lack of trying on my part," he says. "I would love to give some of these people their money back and I have made several attempts to make this right."

Crowell claims that he's offered to make monthly payments of $500 toward paying off his restitution — and, in recent days, that he's contacted them repeatedly to that end. He says he's still awaiting an answer from the Attorney General's office.

"I’m just trying to clear my name," Crowell says now. "I’m happy to set something up, but they've got to answer the phone."