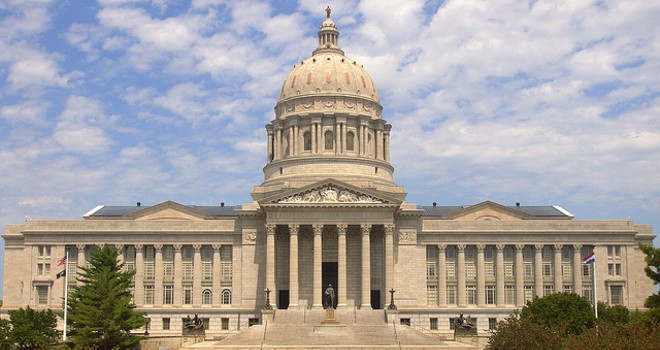 Lobbyist disclosure forms in Missouri could get a whole lot more interesting next year.

That's because a Missouri legislator has just filed a bill to require any lobbyist having sex with a politician to report that activity on state-mandated disclosure forms, just as they would any other gift.

That's according to the Columbia Tribune, which reported on the bill from State Rep. Bart Korman, R-High Hill, yesterday.

Currently, if a lobbyist treats a politician to dinner, they have to report that, along with the financial value of that dinner. This bill would treat sex the same way — minus the valuation, of course.

According to the bill:

Relations between married persons or between persons who entered into a relationship prior to the registration of the lobbyist, the election of the member to the general assembly, or the employment of the staff person shall not be reportable under this subdivision. The reporting of sexual relations for purposes of this subdivision shall not require a dollar valuation.


Those forms are publicly accessible. Which means Missouri could suddenly be a really great state to be a political reporter — or even just a gadfly.

We do see at least one problem here, though: Has Korman failed to consider the "yuck" factor? For the most part, the middle-aged Eddie Haskells running Jeff City aren't the sexiest of bedfellows. We're all in favor of sunshine, but man, this could get nauseating.