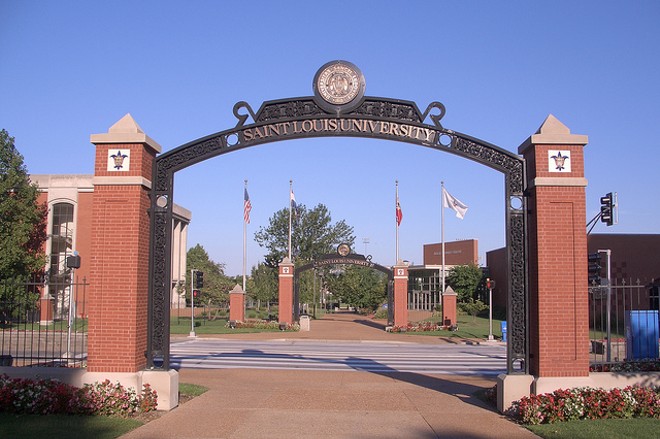 In the late 1960s, while Daniel O'Connell was a "very popular" professor at Saint Louis University, a female undergraduate alleges that he used his position to sexually abuse her during counseling sessions. Years later, in 2012, the woman filed a lawsuit claiming that O'Connell held her on his lap while he masturbated and told her that sex would bring her closer to God.

O'Connell went on to become SLU president from 1974 to 1978, but the allegations of abuse eventually caught up with him. Last week, the Jesuits of the Missouri Province and SLU agreed to pay $200,000 to the alleged victim, "Jane Doe 929," to settle the 2012 case.

But the recent developments involving O'Connell and the Jesuits go further than just one victim. Days before reaching the settlement with Jane Doe 929, the Jesuits agreed to pay $81,000 to a different woman making claims against O'Connell. 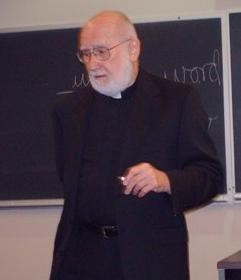 This woman, known as "Jane Doe MB," filed what the Survivor's Network of those Abused by Priests (SNAP) calls a "highly unusual" breach of contract lawsuit.

In fact, this is the second time Jane Doe MB has tangled with Jesuits over O'Connell. She initially accused O'Connell of sexually assaulting her when she was a 20-year-old college student studying Rome in 1983. The Jesuits found her claim credible and in 2003 agreed to pay her a $181,000 settlement. As a part of the settlement, the Jesuits also agreed to prohibit O'Connell from engaging in "public ministry," which included things like teaching, campus ministry and counseling.

Several years later, Jane Doe MB was shocked to discover that O'Connell was delivering lectures in universities around the country and abroad, including at Georgetown and Fordham, which are both Jesuit institutions. In 2010, she sued for breach of contract.

At the time, the Jesuits appeared willing to dig in their heels. In a statement at the time, the religious order said, "It is the opinion of the Jesuits of the Missouri Province that they have honored the terms and conditions of the agreement."

It was the New York Times' coverage of that 2010 lawsuit which caught the eye of Jane Doe 929, who is now living in New Jersey. She contacted the Kansas City attorney handling the case, a veteran litigator named Rebecca Randles. The NYT article, Jane Doe 929 said, had stirred her own repressed memories of O'Connell's abuse.

"She had no recollection of the sexual abuse until she read about the first Jane Doe case. When she read that, the memories came flooding back," Randles says. "The memories that came back were virtually identical to what [Jane Doe MB] experienced, but she was saying information that wasn't in the news story. The similarities between the two cases were amazing, considering that neither had told anyone about it.”

Therese Meyerhoff, a spokesperson for The Jesuits of the Missouri Province, confirmed that the religious order has reached separate settlements with both women. Although she declined to answer questions about O'Connell's whereabouts, Meyerhoff says that he not in active ministry and is essentially retired.