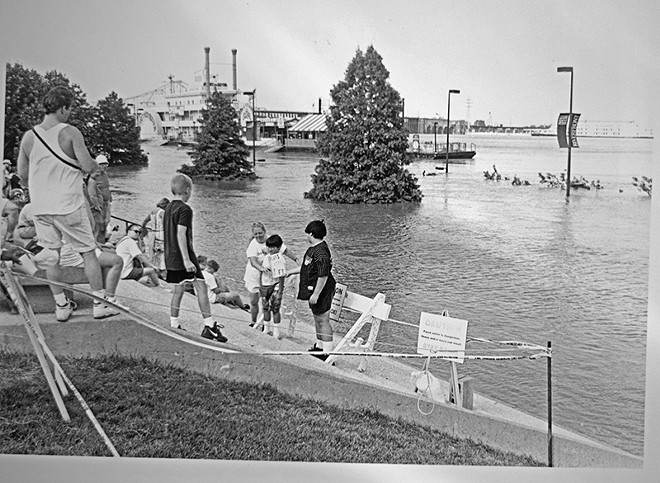 If you thought last week's flooding across the St. Louis area was unprecedented, you're either very young or you've got a short memory: In both 1973 and 1993, St. Louis nearly drowned as the Mississippi reached record heights.

At the time of the Great Flood of 1993, University City native Brian Chilson was working as a commercial photographer in downtown St. Louis (for Dreyfus + Associates), as well as a stringer for the Suburban Journals' West County bureau. "I was always looking for stuff to pitch the photo editor to run," he recalls. "But at the time I was pretty young and inexperienced in how all that worked."

See also: 27 Never-Before-Seen Photos of the Great Flood of 1993

As flood waters rose, Chilson headed to the riverfront downtown to see what he could photograph. There, he found the water lapping at the steps to the Gateway Arch — and the train trestle just north of downtown. 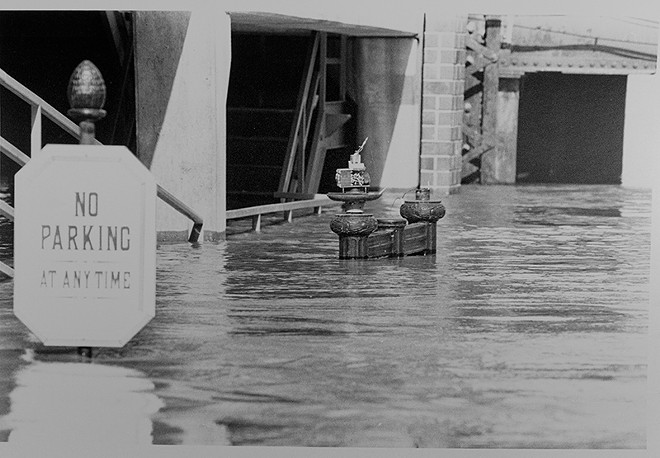 He also watched a sandbagging operation underway along the Missouri River in St. Charles and saw the River Des Peres flooding in south St. Louis County.

"We stopped and helped them sandbag for a few hours," he recalls. "There was a lot of confusion when we were out there doing all that — some radio DJs had put out a call for anybody available to come help. But you'd get there and they'd say 'We're choked with people — send them somewhere else.' There wasn't really an organized effort with much of it." 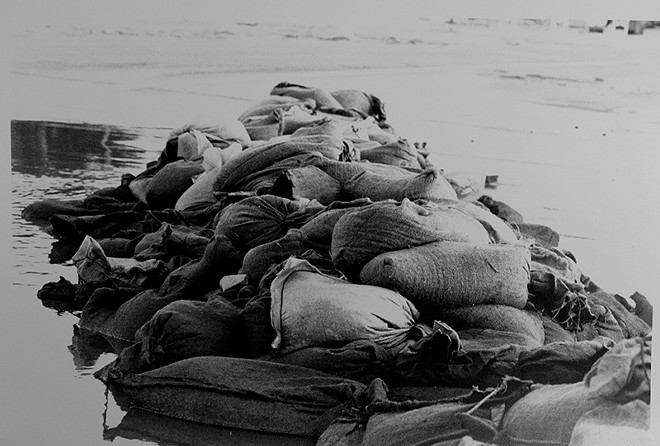 The photos never made it to the pages of the Suburban Journals — a fact for which Chilson blames himself. Back then, of course, weekly newspapers weren't so quick-moving. If you missed the weekly deadline, editors just weren't interested ... a story could be old news much more quickly. Beyond that, he suspects, he just didn't push hard enough.

"It was a little bit of a learning experience," he says. 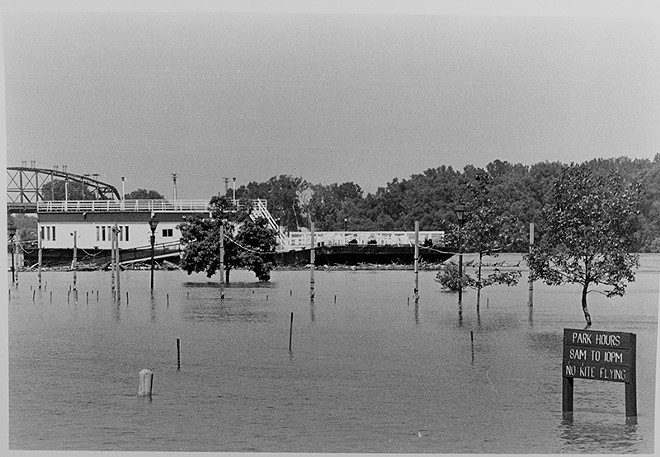 Chilson is now a staff photographer for the Arkansas Times. For more of his photos of the 1993 flood, none of which have ever been published before, please see our slideshow. 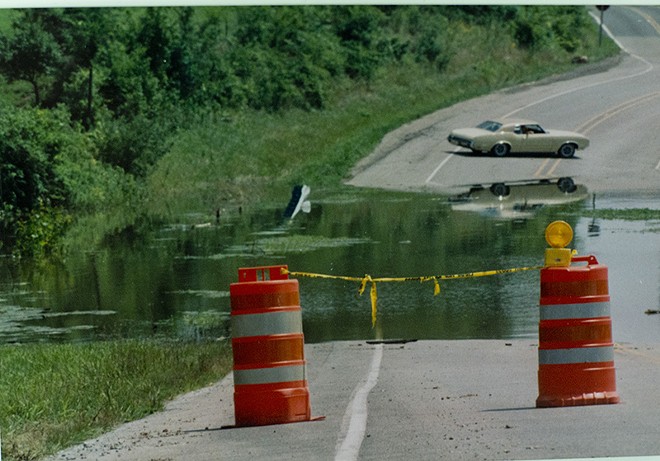