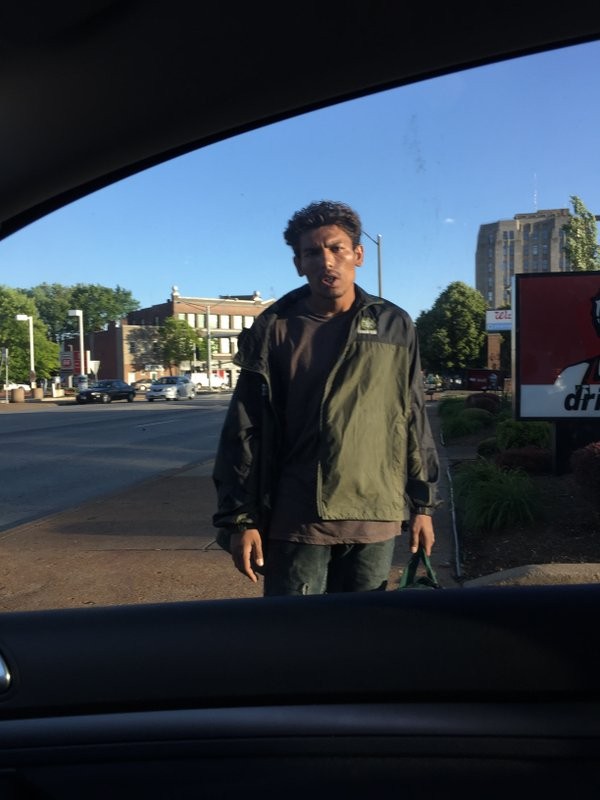 Can we catch this guy now?

A hustler running a dent-repair scam on St. Louis drivers was caught on camera this summer as he tried to con people in the drive-thru of a Taco Bell, a witness says.

The man, tool bag in hand, was working his way down the line, offering to do a little open-air body work, Tower Grove South resident Julian Kussman told the Riverfront Times.

“He was basically talking to everyone in the Taco Bell drive-thru line saying, 'Hey, I can fix that dent in your car,'” said Kussman, who spotted the man in May at the South Grand fast food restaurant and snapped a photo.

The man’s offer is really just a swindle, a growing number of victims say. As we reported on Monday, Shaw resident Mary Samuelson ended up with two holes in her Toyota Corolla when a man began an unsolicited “repair” on a small dent below the taillight. He used a screwdriver and hammer to punch through the metal, slopped on a handful of paste to cover it up and asked for a $95 payment, she said. 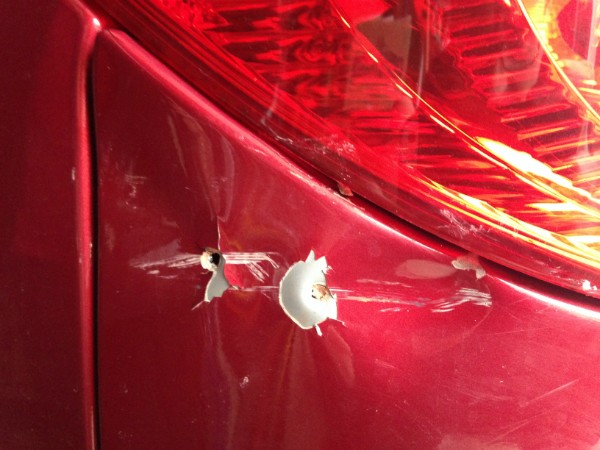 Upon reviewing the photo taken by Kussman, Samuelson felt confident her con artist was the man depicted. “That’s him,” she said. “That is definitely him.”

More than a dozen readers responded to Monday’s story with tales of their own run-ins with a dent-repair scam artist.

Samuelson, who owns the popular Mama Josephine’s restaurant, continues to keep an eye out for him wherever she goes. She’s hoping to slow him down — maybe pretend to be interested in a repair — just long enough for the cops to arrive. Now that would be a satisfying con.