10 Things We Could Do with $1.1 Billion Other Than Build a New Rams Stadium 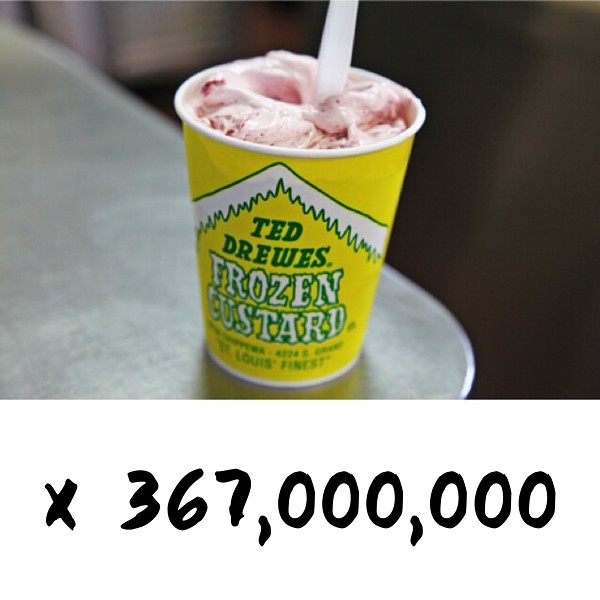 With floods devastating much of our area, unforgiving winter weather approaching and regional tensions high, it’s increasingly difficult to see how a new stadium for a failing football team could possibly be any kind of priority.

Not all of that $1.1 billion would be from our tax dollars, of course: the majority of the project wouldn’t be paid for by residents. (Though it’s not like we get a vote in it.)

With all of this money talk floating around, we got to wondering what else St. Louis could do with $1.1 billion. We could renovate what needs renovating. We could preserve what needs preservation. We could donate huge amounts to HeatUpStLouis.org and the thousands of other worthy charities in the area.

But how much is $1.1 billion, anyway? It’s such a big number that it’s hard to get a mental picture of what $1.1 billion could do. We made a list of examples to help us understand.

Here are ten St. Louis-specific things that we could do with $1.1 billion.

1. Pay admission for 92 million visitors to the City Museum

3. Cover the cost of sending 110 million visitors to the top of the Gateway Arch

Lest you doubt our math on that last one, here's how we got there:

Would you rather have that stadium or all of this? Decisions, decisions.