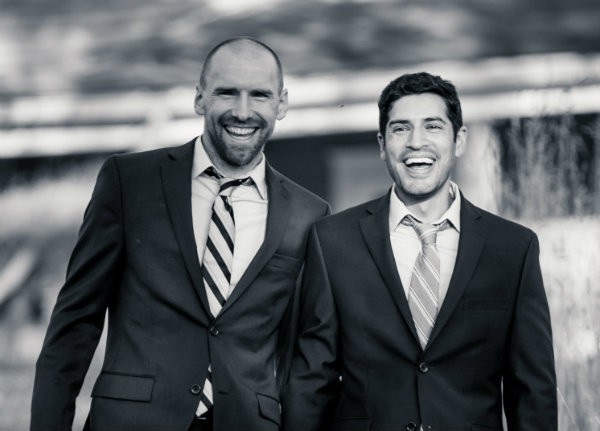 By the time Shaun Murphy opened the email yesterday, he'd basically given up hope. After his hometown newspaper, the Lake Gazette of Monroe City, Missouri, had refused to publish his marriage announcement, he'd reached out to the PROMO Missouri and then talked about the situation to the Riverfront Times, followed by the TV stations in Quincy. He and his spouse, Aaron Lopez, had launched a petition drive, and also worked quietly behind the scenes to talk to execs at Lake Publishing, the Tennessee-based company that owns the paper. No dice.

And so it seemed like it just wasn't meant to be. They'd tried. What more could they do?

Then the email came. Sent Tuesday by Lakeway Publishers Vice President Walt Gilbert, it stated simply that the newspaper had decided to publish the couple's marriage announcement after all.

The announcement appeared in this week's newspaper — and also online — just like they'd hoped for.

"I was just so excited," Murphy recalls. "I ran down the stairs — 'look, Aaron!' We were just kind of blown away."

For the couple, who married in Wisconsin in October, the announcement was more than just an announcement. It was a message to kids growing up in Monroe City, and to anyone who's closeted in a small town. "We want them to see that it's possible to start a family and not have to hide who they are and who they love," Murphy says simply.

Lakeway's decision doesn't seem to be a one-off. After the RFT's story was published in early November, Murphy says he politely, but persistently, attempted to follow up with Gilbert and other Lakeway execs. At one point, Gilbert wrote back to apologize that the newspaper had left the couple in the lurch. He was sorry, he wrote, that they hadn't had a policy in place. But, he continued, they were discussing it — and they knew their decision would affect more than just one newspaper. After all, Lakeway owns 23 newspapers in four states.

In a subsequent email, Gilbert indicated they were close to a decision. Then, more than a month later, his December 29 email arrived in Murphy's inbox — a late Christmas gift, but an incredibly welcome one.

"A lot of gay people have felt like you can't be part of the small town you're from," Murphy says, adding, "One thing I learned — there are a lot of gay people from Monroe City. I heard from so many of them because of this. And they feel like it puts your family too much at risk of being looked down upon. But this is helping people start to rethink that.

"We don't want to be in the shadows," he continues. "That was our hope for this — that we could at least plant a seed. 'It was OK for those guys. Yes, there's a steep hill I have to climb, but maybe I could so something like this some day.' That was our goal."