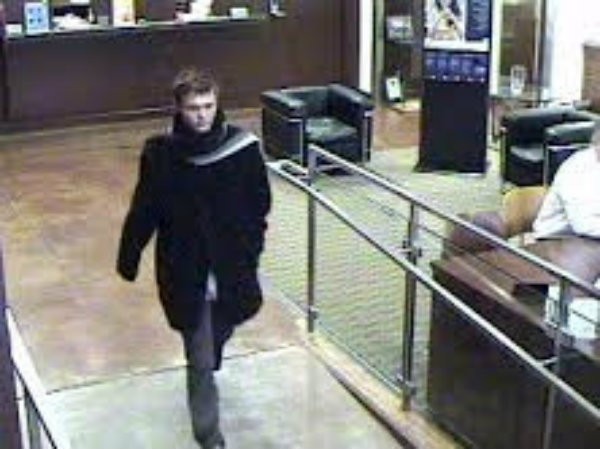 A ninja never gives up.

Mitchell Montgomery, a bank robber with a flair for the dramatic, is on the hook for his second St. Louis stickup in three years, authorities say.

The 33-year-old was charged on Tuesday with first-degree robbery for a heist last week at First Bank on Olive Street downtown.

The ex-con was recorded on surveillance cameras striding through the bank, police said. He was sharply dressed in a dark pea coat, his scarf flung confidently across his shoulder as if he were Jeremy Renner in an action flick. A teller told detectives Mitchell slipped him a note, warning he had a weapon and wanted the money.

St. Louis Metro Police needed less than a week to identify him from photos of his untroubled face and take him into custody.

The brazen, unhurried caper seems an evolution from Montgomery’s previous bust. In 2012, he pulled on a “ninja” mask, walked into Southern Commercial Bank on South Broadway in Carondelet and threatened an employee with a handgun. He bolted once he had the money but was confronted outside by a do-gooder.

“Back off, man,” Montgomery reportedly said, pointing the gun. “Back off.”

He escaped and went free for six months before his arrest. He pleaded guilty in 2013 to second-degree robbery and was paroled in May.