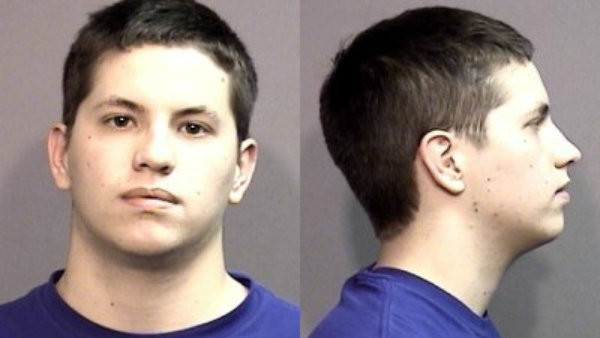 Nathan Benz, a freshman, used the supposedly anonymous site Yik Yak to deliver the menacing message, but investigators tracked him down after serving a search warrant on the Atlanta-based app, police said.

It’s not clear what exactly he’s accused of saying,but police claim it was enough to sweep him up and book him into Boone County Jail. He quickly posted the $4,500 bond and was released.

“Safety is our No. 1 priority, and we will not tolerate threats to the peace of our campus,” MUPD Chief Doug Schwandt said in a statement. “This is the second threat that we have investigated on Yik Yak in the past two months that has resulted in an arrest.”

This is probably a good time to remind angry college students to stop making threats on Yik Yak. It’s a shitty/dangerous thing to do, and university officials and cops seem like they’re going to take it pretty seriously. Mizzou Chancellor Hank Foley noted Benz was arrested even though he was never considered as a “credible” threat.

“However, that does not negate the significance of finding and effectively bringing to justice those who make such threats,” Foley said in a statement.

The university needs to be a place where everyone feels welcome and safe, he added. “We will do everything in our power to identify and prosecute individuals who threaten that safety.”

Another Missouri college student, Hunter Park, was arrested last month after he was accused of threatening black people in a Yik Yak post. “I’m going to stand my ground tomorrow and shoot every black person I see,” the 19-year-old Missouri School of Science and Technology sophomore allegedly wrote.

Connor Stottlemyre, a Northwestern State University student, was arrested just hours after Park for allegedly writing on Yik Yak “I’m going to shoot any black people tomorrow, so be ready.”

The threats followed massive demonstrations at Mizzou, which ultimately led to resignations by top officials.

In case anyone thought Yik Yak’s platform, which allows users to comment in specific geographic areas without using their names, would protect their anonymity, the app’s co-founder has warned that the social media site cooperates with law enforcement agencies to share information needed to quash threats.

“Let’s not waste any words here,” Yik Yak co-founder Brooks Buffington wrote after Park’s arrest. “This sort of misbehavior is NOT what Yik Yak is to be used for. Period.”