A postcard from St. Louis managed to land last week in the hands of its desired recipient in a tiny Irish hamlet — even though it bore no address other than the man's first name, his nation and his town.

That's the story told by the son of the recipient, Conor Doherty. He acknowledges that the town of Carndonagh has a population of about 3,000, which obviously is quite small. "Still though," he writes, "it is pretty extraordinary that he got a letter that was missing a surname, a street, house number, county and province — yet he still got it." Indeed, it's hard to imagine the U.S. Postal Service having this level of knowledge of its customers, much less showing this much dedication.

Now, in fairness to our American postal inspectors, the man who received the postcard, Albert Doherty, is well-known in Carndonagh. He's a former primary school principal who currently serves on the Donegal County Council, his son tells us. Perhaps more importantly, he's vice chairman of the soccer club, Carndonagh FC.

Still, we have to admire the chutzpah of the Missouri-based letter writer, who confidently presumed that the postcard could reach its intended target. 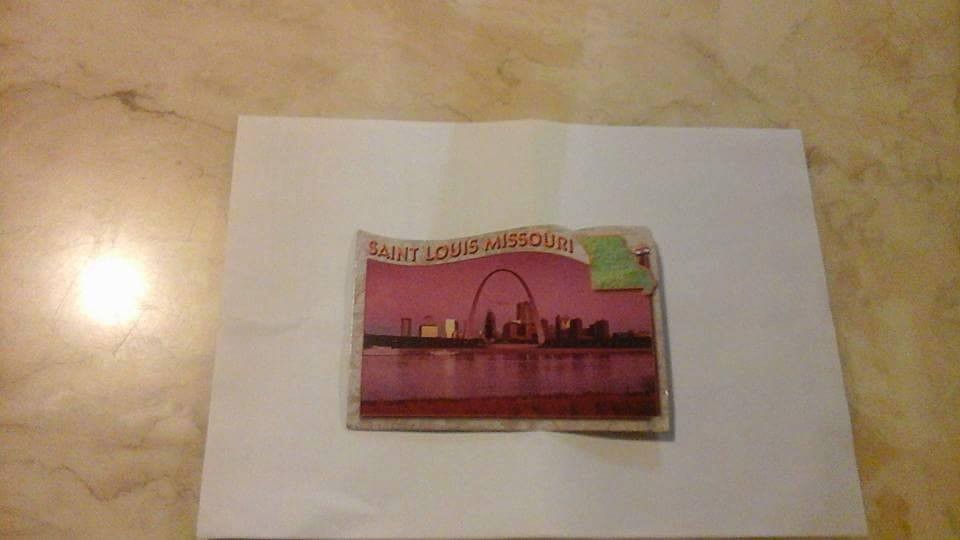 Even though the writer didn't reveal his or her identity, there are some pretty obvious clues as to why that man and that town were selected. The letter is signed from "your sister cities friends." Carndonagh is a sister city to St. Charles — and when visitors from Missouri arrived in Carnodagh, Doherty says, his father helped to show them around. "I think the locals of St. Charles didn't have a lot of information and sent this in hope ... more specific than expectation," Doherty says.

The moral of the story? There might be something to this "Sister Cities" thing — and it really is a small world after all.

Whoever mailed this card ... want to tell us your side of the story?