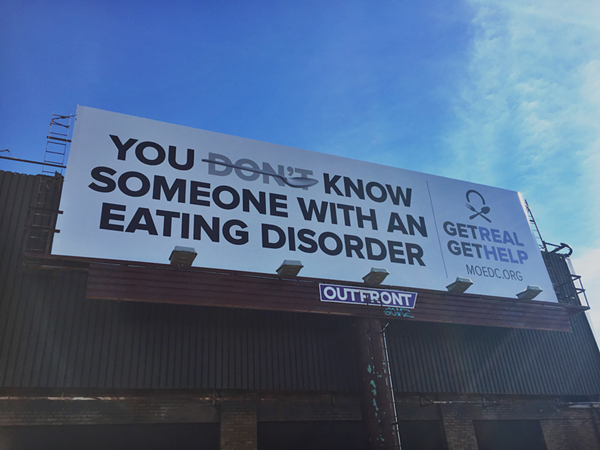 Everyone knows someone with an eating disorder.

That is the message of a new public service announcement by the Missouri Eating Disorder Council, which has been rolling out its campaign across the state since late October.

The council, also known as MOEDC, was created in 2010 after Gov. Jay Nixon signed a General Assembly bill into law, though a lack of state funding kept the council from being formed until mid-2012.

Three years later, the council is ready to launch its first PSA campaign in St. Louis. Nine government-funded billboards are beginning to pop up around the city, and TV and radio ads are now starting to make their way across the airwaves. The council is looking to increase awareness for eating disorders, dispel common myths about them and end the stigma surrounding them.

An estimated 30 million Americans summer from an eating disorder – roughly 10 percent – and more than 500,000 of them live in Missouri. About 90 percent of those people are between the ages of 13 and 23.

Annie Seal is the chair of the council, and she has been fighting on behalf of those with eating disorders since her daughter was first diagnosed with one, eight years ago.

“Before my daughter’s diagnosis, I really knew nothing about them,” Seal says. “I kind of had an abstract notion that people got them, but I didn't know what they were, or what the effects were.”

After spending time bringing her daughter to and from McCallum Place treatment center every day because her insurance would not cover the cost of in-patient treatment, Seal decided that something had to be done.

“Eating disorders are the deadliest mental illness," Seal says. "They have the highest fatality rate and the least amount of treatment available. When I started this project eight years ago, if you lived outside of Kansas City or St. Louis, there was no treatment. None. We were so lucky to be living in St. Louis.” 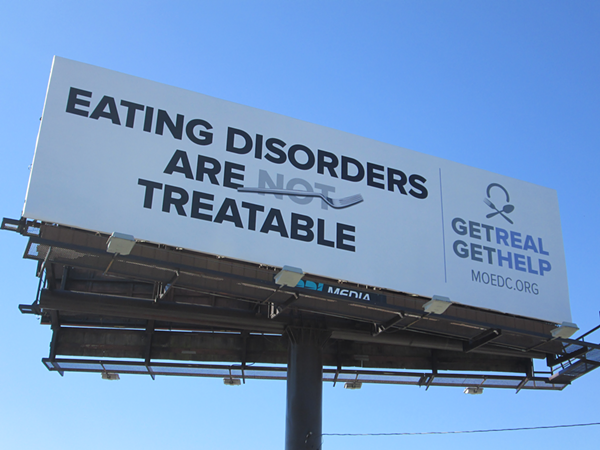 In 2009, Seal began working with then-Missouri Rep. Rick Stream (R-Kirkwood) and Missouri Sen. David Pearce (R-Warrensburg) on a bill to define the coverage insurance companies would be required to provide to people with eating disorders. The bill also barred them from denying coverage based on a single criterion, such as weight. Insurance providers used to determine their own criteria for treating eating disorders. As a result, many people were without the coverage they desperately needed.

The Missouri Insurance Reform Bill passed the Missouri General Assembly earlier in 2015 and was signed by Gov. Nixon in June, after years of debate.

“It was eight years of building awareness and teaching people how little treatment there is out there," Seal says. "I’m hugely grateful to our General Assembly for making this happen.”

Now MOEDC is beginning its “Myths” campaign, developed over the past seven months by Stealth Creative advertising agency, to raise general awareness about eating disorders.

“Unless more people know what eating disorders are and start talking about them, they’re going to remain a secret,” says Stealth Creative Public Relations Director Ann Higby. “We can’t allow that to happen.”

“This isn’t an illness where people are jumping up and down and screaming because their children are dying,” Seal says. “They’re hiding because it’s shameful—because they don’t want to speak up.”

Seal urges people to reach out when they know of someone who is struggling with an eating disorder, especially around the holidays, when food often becomes a focal point. Even if you aren’t sure what you can do to help, just ask, she says.

“This is not a pop-on-by-with-a-casserole illness. People don’t know what to do, what to say or how to show support. In the spirit of the season of giving, give a little compassion to those who need help.”