After Ruining 73 Missouri Weddings, Ryan Crowell Is Back in the Wedding Business — in Texas 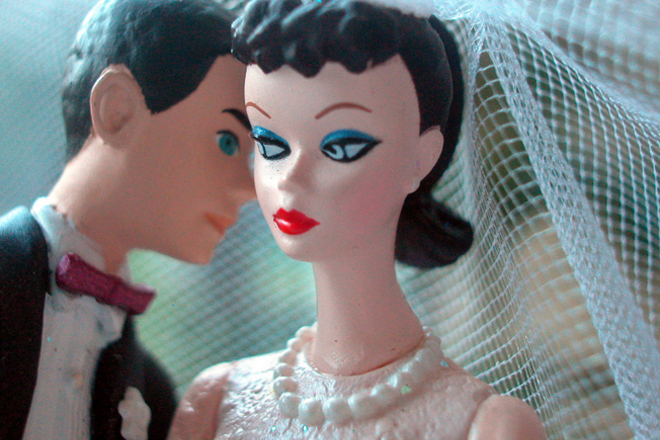 There are few offenses as unforgivable in modern America as wrecking a wedding. Ryan Crowell found this out the hard way. "You would think that I committed the crime of the century in the way that this is treated," he says today.

Then a Kansas City wedding planner, Crowell made headlines in 2011 when the city shut down his historic venue — known as the Stowe Building in the West Bottoms — because of building code violations and his failure to obtain permits for renovations. Overnight, 73 weddings were cancelled and the heartbroken couples found themselves scrambling for new arrangements. The nuptial anguish led to a lawsuit from the Missouri Attorney General's office and, in 2013, a court ordered Crowell to pay $43,463 in restitution and $87,346.38 in penalties and fees.

Also in 2013, Crowell left Kansas City to start fresh in Texas — so fresh, in fact, that the website for his new wedding planning and photography business, based in Corpus Christi, fails to mention him by name and does not identify him as the owner.

He has good reason to lay low. Googling Crowell's name brings up a 2013 Riverfront Times story describing the lawsuit brought by Missouri Attorney General Chris Koster, who called Crowell's business  "a scam." And that, surely, wouldn't be good for business — even in Texas.

Crowell still bristles at the label.

"I get so tired of people saying I defrauded people for the money,"  he says. "Fraud is intent."

In Crowell's view, while he may have been guilty of poor planning, he insists his actions were well within the common practices of other wedding planners and venues, and that he never intended to pull a bait-and-switch on trusting couples.

He admits, however, that he used his customers' down-payments to fund the botched renovations, which meant he was unable to refund the the payments after the city shut the venue down. He didn't have any money to return, he says.

We should note that Crowell's latest business venture, Padre Ryan Wedding & Events — "Weddings on the beach in South Texas made easy" — seems to have built a positive reputation for its destination weddings in the Lone Star State. The company boasts a 4.9 rating (out of 5) on the consumer review website Weddingwire.com, and even the usual handful of dissatisfied customers aren't accusing him of being a con artist.

At the same time, Crowell acknowledges that he hasn't been able to pay any of the restitution or fees to the couples left high-and-dry in Kansas City.

"I want that to be paid, I want nothing more to be able to put this behind me, and if could just hand the couples $40,000, I'd take out a loan," he says. Sometimes, he adds, he will even spend a few dollars on a lottery ticket in the hopes that he can win enough to clear his balance. He also claims that the Missouri AG's office rejected his suggestion to set up a payment plan.

"I've made efforts to try to pay it," Crowell says. "I want to get rid of that number so I can stop living in fear. It's probably taken a couple years off my life, worrying about people calling me, watching my back, worrying about who wants to turn me in. All of this is a heavy cost for what amounted to not being able to get building permits."

We reached out to the Missouri Attorney General's office, and a spokeswoman provided this statement:

In February 2013, Jackson County Circuit Court ordered Mr. Crowell to pay restitution of $43,463.80 to 73 couples. When he failed to pay, we attempted to garnish bank accounts in both Missouri and Kansas, but Mr. Crowell had closed those bank accounts. We also have sent demand letters that have gone unanswered. To date, Mr. Crowell has chosen not to pay one penny of restitution since the judgment was ordered. His obligation to pay the judgment remains, and we will continue our efforts to collect.