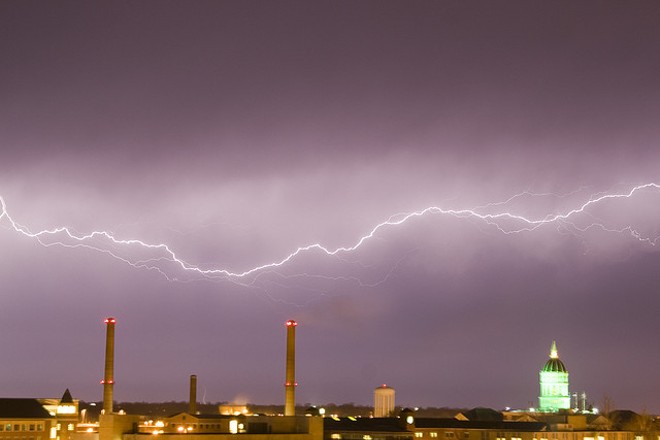 A Muslim student at the University of Missouri-Columbia was subjected to a bizarre series of questions and comments from a biology professor, a newly filed lawsuit alleges — a conversation that took place in front of multiple witnesses.

Among other things, the suit alleges that associate professor of biological sciences Michael Garcia asked the undergrad "Did your parents waterboard you as a child in preparation for the future?" and "Are you a Jew hater?"

Garcia also allegedly asked the young woman whether "she would rather be with an experienced man, like himself, for one raucous night rather than having relations with 72 virgins." He allegedly concluded, "Just give me four freaks and I'll be good."

According to the suit, he also jokingly suggested she threaten another professor by ripping open her jacket, "exposing an explosive device and say[ing] 'Allahu Akbar.'"

At the time, Garcia was chair of the university's Minority Affairs Committee, the suit alleges.

The suit was filed on behalf of Fatma El-Walid in the Boone County Circuit Court on Monday. El-Walid, an observant Muslim who wears the hijab, was in Garcia's class last spring when she attended his office hour session on March 13. After another female student in attendance left, El-Walid was the only woman present. And, she alleges, she suffered "repeated and offensive discriminatory statements."

The suit claims Garcia started by asking, "Have you ever been called a towel head on campus before?" before launching into a series of bizarre questions and comments. The suit acknowledges the comments are paraphrased, and to the best of El-Walid's memory — but notes that at least one other student found the conversation troubling enough to report it to the university.

The lawsuit comes on the heels of racial tension at Mizzou. President Tim Wolfe's indifference to the plight of minority students led to protests that ultimately included the football team — and led to Wolfe's resignation.

El-Walid alleges that she was discriminated against and faced harassment because of her sex and religion. After the conversation in Garcia's office, she says she asked to be placed in another class. Her grades dropped, to the point she lost a scholarship — yet Mizzou would not drop her grade in the course and to permit her to take the class again.

The suit was filed by attorney Azra Ahmad of St. Louis and Paul Rechenberg of Chesterfield.