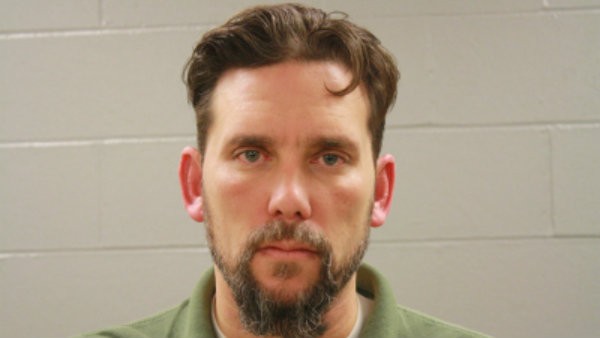 A Missouri man kept a fifteen-year-old Ohio girl trapped for weeks in his home 40 miles west of St. Louis where he repeatedly had sex with her, filming at least one of the twisted encounters, authorities say.

Christopher David Schroeder, 41, of Marthasville lured the girl online, offering to pick her up outside of Cleveland after she complained about her parents, according to federal court documents. He held her against her will until Tuesday when Warren County Sheriff's investigators, working off tips from an Ohio task force, raided his home and rescued the teen, police said.

The nightmare began on November 8. The girl told investigators Schroeder disabled her cell phone once she was in his car, smashing the SIM card and removing the battery. They stopped only for gas during the 600-mile drive. Along the way, Schroeder told the girl they were going to have sex when he got her home, authorities said. She protested that she was just fifteen years old.

That didn’t stop Schroeder, authorities say. He’s accused of having sex with the girl multiple times. He also laid down harsh rules, ordering the girl to cut her hair, clean his house and lose weight, according to an affidavit. She wasn’t allowed to tell anyone her real name or use a phone or computer without his permission, authorities said. She told investigators he wouldn’t let her leave, and she was afraid to escape because he kept several guns in the house.

The girl’s worried relatives in Ohio pleaded for help during the weeks she was missing. Her stepfather even snuck onto the set of a new Nicolas Cage movie being filmed in Cleveland, cajoling the action star into posing with a missing poster to bring attention to her disappearance.

The search ended when the Ohio Internet Crimes Against Children tracked the disappearance to Schroeder and contacted Warren County deputies. He had used the chat site Kik to chat with the girl online, authorities say.

Schroeder describes himself as an IT professional in a LinkedIn profile, working at companies including Enterprise Holdings, Energizer and Anheuser-Busch during the past 20 years. He also included a list of causes he cares about. “Children” was second on the list.

When investigators searched his home on Tuesday, they confiscated video cameras and a DVR. Two of the cameras were trained on his bed. One of the videos showed Schroeder having sex with the girl, according to the affidavit.

He allegedly told investigators he thought the girl was 18 and claimed that someone else drove her to Missouri, but authorities found a receipt from a McDonald’s in Ohio along with traffic ticket while searching his house and car.

Schroeder appeared on Wednesday in federal court in St. Louis. He was charged with driving the teen across state lines to commit a sex crime and production of child pornography. He faces fifteen years to life in prison if convicted.

Along with the federal charges, Warren County authorities booked him on statutory rape charges.