St. Louis Will Be the Nation's Second Hottest Real Estate Market in 2016 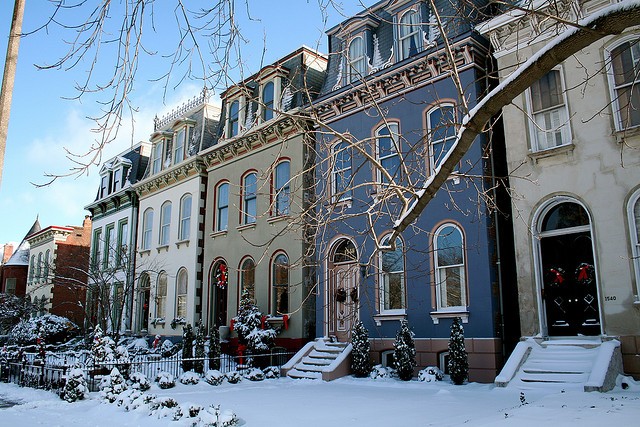 Brooklyn? It's a joke. San Francisco? So last year.


The hottest real estate markets in 2016 are going to be Providence, St. Louis, and San Diego — in that order.


That's according to Realtor.com, which places the St. Louis metro area at No. 2, ahead of not just San Diego but top-10 markets Sacramento, Atlanta, New Orleans and Charlotte. It shows St. Louis real estate inventory moving faster than the U.S. overall, online listings getting more views than other markets, and demand increasing as the local economy continues to improve.

"Next year looks to be the best year St. Louis has had in quite some time," says Jonathan Smoke, chief economist for Realtor.com. "We've been seeing strong demand in St. Louis, and if anything, it's starting to heat up even more."

Realtor.com predicts that single-family home sales in the St. Louis area will increase by 8.6 percent compared to 2015 — with median home sale prices up 10 percent.

The website's analysis looks at a variety of factors, including mortgage rates, household income, and new housing starts. "There is no national real estate market," he observes. "There are 1,000 local housing markets. So we're looking at every individual market in the country."

St. Louis also finished third in the website's analysis of a market's success with "young Gen-X homebuyers," finishing behind only Atlanta and Denver, and just ahead of Charlotte, in terms of its 2016 prospects with those between the ages of 35 and 44.

Indeed, Smoke notes that, of all mortgages made in the St. Louis area this year, 42 percent are for buyers ages 25 to 34. That's something you're not seeing in California or New York.

"It's an extremely attractive market from the affordability standpoint," he says. "It's a great opportunity for anyone looking to start a family, or especially Gen Xers, who were most negatively influenced by the last housing downturn." They bought their first home at the peak of the market, Smoke notes, and subsequently suffered the largest share of foreclosures.

Now, in St. Louis at least, Gen Xers are showing they're ready to try again. And with the area poised to see job growth and household income rising at a pace faster than the national area, the housing market overall could be hot, hot, hot.

"If you're planning to buy next year, start early," Smoke cautions. "There's more inventory on the market relative to the people who want to buy in January and February compared to May, June and July. That tilts the demand in your favor." And next year in St. Louis, if the study's projections prove right, you just might have to be that crafty. How cool is that?