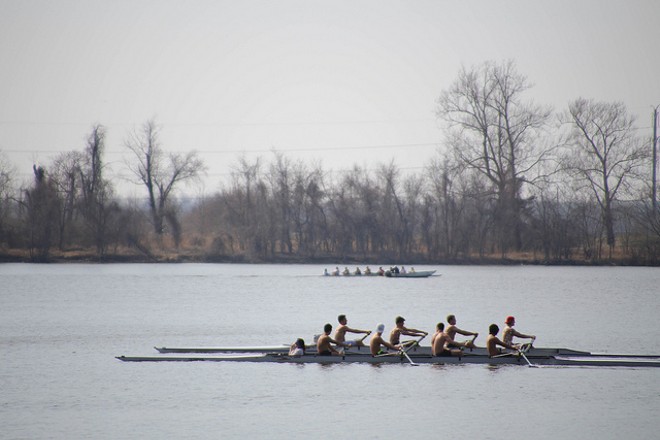 As president of the St. Louis Rowing Club, Lisa Jones supports competitive rowing in high school and middle school. But as director of victim services for the St. Louis County Prosecuting Attorney's Office, she has access to confidential records involving investigations into juveniles.

It's an apparent overlap of those two roles that's put Jones in the hot seat. A suit filed in St. Louis County Circuit Court this week alleges that Jones accessed records and reports at the Prosecuting Attorney's Office involving a young rower who'd been investigated for a potential Class A felony — and then disseminated that information to third parties.

Under the law, records relating to juveniles accused of crimes are kept strictly confidential. Making matters worse, Albert Watkins, the attorney representing the young rower and his parents, says that Jones had no reason to access the reports about this particular young man in the first place — much less share the information with others.

"There are laws on the books and rules in place for a reason," he says. "When those who work in the office designed to enforce these rules are themselves breaking the rules — those are the last persons in the world I want my tax dollars going to to enforce the law."

The office of Prosecuting Attorney Bob McCulloch, which supervises Jones' work, did not respond to a request for comment this morning.

The young man who filed the suit, identified only as "Juvenile Doe," is a minority (Watkins declines to get more specific than that, since the rowing club is a small enough group to make him otherwise identifiable). While he has no criminal history, and has both good grades and is a member of his high school orchestra, at some point, he was accused of a very serious crime.

After a comprehensive investigation, the St. Louis County Family Court declined to press charges and the file was closed.

But then, this spring, Jones apparently accessed the file — which allegedly included "a wealth of documentation and print offs of electronic communication with the purported victim," according to the lawsuit.

That wasn't all. Jones then sent a letter to the young man's parents via her county email, asking about allegations. "Over the course of back-and-forth correspondence, it became clear the Defendant Jones, in her capacity as an employee of the St. Louis County Prosecuting Attorney's Office, had improperly, if not illegally, garnered access to statutorily protected information and records," the suit alleges.

Jones then later "published and communicated to others that the responsible prosecutorial personnel believed the purported victim; that [Doe] was, in effect, a predator; that the only reason prosecutors did not charge [Doe] was because of a lack of outside evidence."

The St. Louis County Family Court is currently under investigation from the Department of Justice, which is examining allegations of civil rights abuses and disparate treatment of minorities.

It seeks a temporary restraining order, both preliminary and permanent injunctions and a declaration that the statements by Jones and Franck were false as to the underlying investigation and "the position of prosecutors." It also seeks "exemplary and punitive damages."

"This is a situation that is so repugnant as to make the hairs in the crack of your ass stand on end," Watkins says.