Woman Sues St. Louis Cop After Being Tased in the Eye 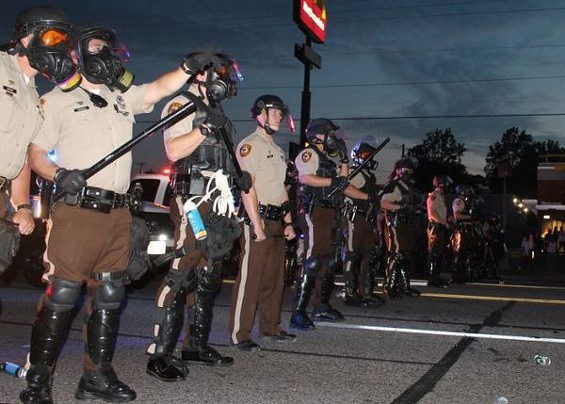 A 22-year-old Missouri woman is suing St. Louis County, as well as an officer named Lewis Bouwman, saying that Officer Bouwman discharged a Taser into her eyeball — causing "severe and permanent injuries," including vision loss.

Melnique Logan alleges that she's had to undergo multiple surgeries after the Taser dart penetrated her left eyeball. Her suit claims she was rushed from the scene with the dart still lodged in her eye.

And the worst part of all? Logan alleges that Officer Bouwman had absolutely no need to Taser her — she herself was a crime victim, and a visibly unarmed one at that.

Logan, who according to the suit is a 5'5" black woman, says that Officer Bouwman and his partner came on the scene in north county St. Louis, near Moline Acres, in March 2015. They saw Logan being brutally assaulted by two other women, while a third videotaped the beating.

The police ordered the women to stop, and they retreated to their cars. That's when Logan claims she "stumbled to her feet. She then ran to the driver's side of the attackers' parked vehicle to bang on the window and stop them from fleeing," according to the lawsuit.

That's when Officer Bouwman discharged his Taser, twice. One dart hit Logan's bicep; the other lodged in her eyeball.

The officers time on the scene, the suit alleges, lasted 30 seconds.

Logan is now suing Bouwman for excessive force and the county for "deliberating indifferent policies" violating her constitutional rights. The suit was filed in federal court yesterday; Logan is represented by Kevin M. Carnie Jr. of St. Louis.