Driver’s Little Helper combines a car seat sensor pad with a smartphone app to alert parents when a child is too hot or cold, when a child wriggles out of the car seat, or if a child is forgotten in a car. To protect children left unattended, the device can also be set to send text messages if multiple reminders are ignored.

The sensor pad works on all car seat models — just use an adhesive sticker to attach the sensor pad to the hard plastic of the seat, underneath the padded covering. The sensor then connects with the smartphone app — available on iOS and Android — which emits distinct tones to alert the driver to any problems. The app can monitor up to three pads at once.

“This is a proactive monitor,” says Steffen. “It’s not like a smoke detector. We don’t wait for the fire. We let you know beforehand that something could go wrong, so you have time to adjust and keep your kids safe.” 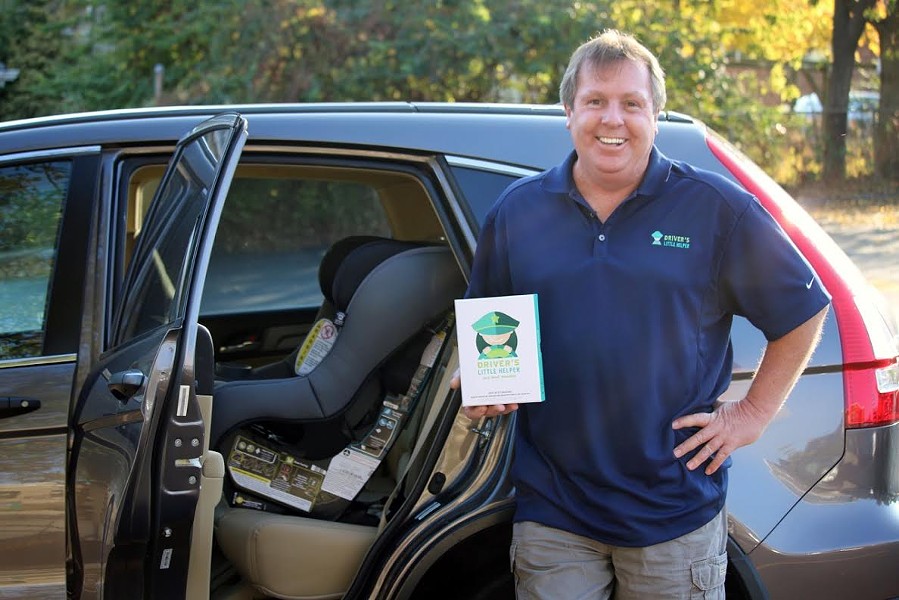 For Steffen, 52, of Sunset Hills, the idea first came in 2000. The father of three recognized the danger of having an unrestrained child in a moving vehicle, but at that time, there was no conceivable device that would allow for that kind of monitoring. Sensors were limited to detecting the presence of an object on a seat. The ability to determine shifts in weight and pressure within a car seat was not yet attainable.

But the first iPhone, released in 2007, changed the game. It was then that Steffen realized this dream of his could be realized. Everyone would soon be carrying a smartphone with them — and while they may not want another sensor clipped onto their keychain, a smartphone app could be a huge success. 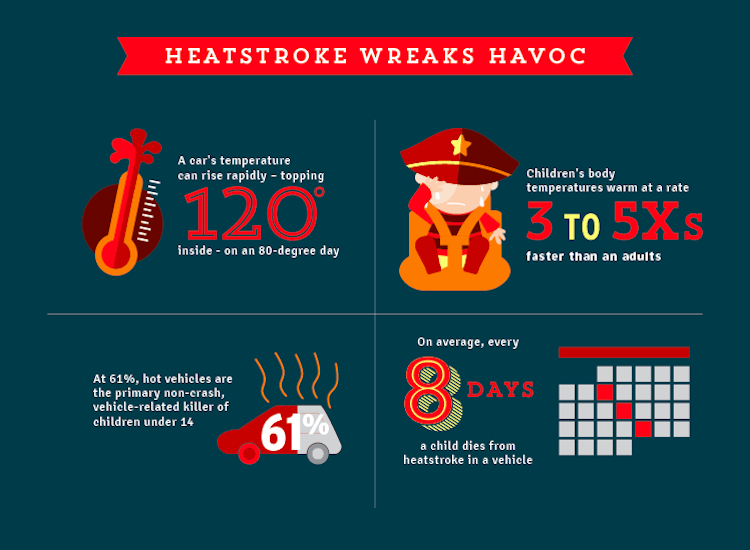 To Steffen, it was important to take advantage of technological advances to best protect children from avoidable deaths. It goes beyond simply educating parents about the need to always check the back seat before leaving the car. Fifty-three percent of children who die from being left in a car were “forgotten” by their caregiver. On average, a child dies dies every eight days as a result of heatstroke in a car. In Steffen’s mind, education alone does not make a meaningful difference.

So Steffen did the research; he got his first patent; he worked with a Ford engineer to perfect the design; and then Driver’s Little Helper was ready for testing. It took a while to put the finishing touches on the product — the delay by Google in updating Android OS to Bluetooth low energy was one of the biggest factors — but it has now been perfected and is ready for sale.

“We took two years to make sure that the technology was solid,” Steffen says. “We took our time to make sure we had a great product that could really stand out and be a real help to people.”

Steffen also felt it was important to keep the price point for Driver’s Little Helper low. The bundle, which includes the sensor pad, a battery pack, app information and an instructional booklet, retails for $79.99 and is available for pre-order at DriversLittleHelper.com. Units will begin to ship later this month.