That "Hollywood Actress" and the Real Scandal About Student Loans 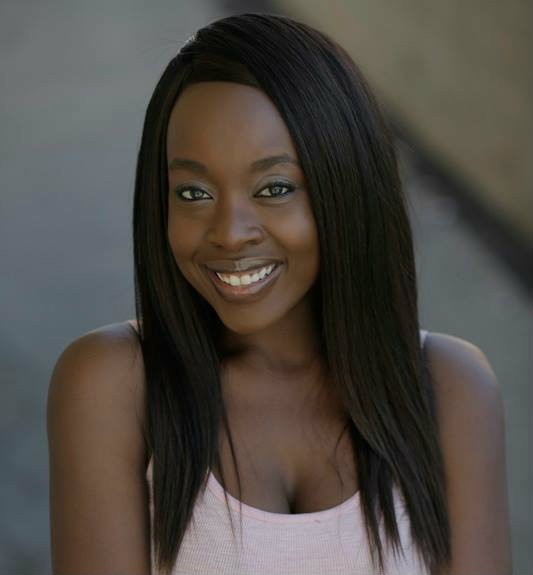 Last Thursday, the St. Louis Post-Dispatch published a brief story about a "Hollywood actress" who was being sued by the state's student loan servicer, the Higher Education Loan Authority of Missouri (MOHELA). Diana Emuge, the story reported, owed nearly $77,000 in principal and interest from loans taken out to attend Saint Louis University nearly a decade ago.

The story, along with a 12-year-old photo of Emuge dug up from the newspaper's archives, went up on stltoday.com and was promoted on the newspaper's Facebook page. The vitriol it inspired would only surprise someone who was unfamiliar with newspaper comment sections — or who has somehow failed to notice the remarkable race-focused nastiness that's become downright commonplace online. One reader called Emuge a "greedy ghetto rat." Another sent her an anonymous email using the n-word and the c-word, the gist of it that she needed to pay her bills, not just collect welfare.

Diana Emuge, for the record, is not on welfare. She is also not a "Hollywood actress," not really. Yes, she has a few credits on imdb.com, but not in any films you've heard of. She self-published a book and acted in a short film she herself directed, but she's got a much less glamorous day job. Her address is in Reseda — a blue-collar part of the San Fernando Valley that's about as far from Beverly Hills as you can get, metaphorically speaking. The place hasn't changed all that much since Tom Petty gave it a shot-out in "Free Fallin'" — or since the hard-scrabble parts of The Karate Kid were filmed there.

The Post-Dispatch story shocked her.

"I really thought I was dreaming," she says. After receiving an emailed request for comment, she googled herself and the reporter, and the story was already live, complete with its titillating headline. "This was news to me — what big movie have I been in to be called a 'Hollywood actress'?"

The commenters' bad assumptions were even more galling. "I was hurt that people were misjudging the situation and making the assumption that I'm dumb," she says. "They were calling me a deadbeat, saying I needed to pay back the taxpayers' money — they didn't realize these loans were from Bank of America, not the federal government."

"The only marketing job offers I recorded paid $9/hour plus commission or were commission-based only," she tells the RFT. "[It's] stressful when you know you have loans to repay."

And repayment quickly became a very real problem. In addition to the Bank of America loans serviced by MOHELA, she had other loans from the federal government, on which she says she is current. Her father grew very ill during her time at SLU — he died six months after graduation — and her mother was distracted. She didn't fully realize just how much she'd borrowed, and what her responsibilities were, until it was too late. MOHELA alone wanted $550 a month. (Through its attorney, MOHELA has declined comment on the lawsuit.)

Making matters worse, some of those loans had interest rates as high as ten percent — and, the loan paperwork shows, her duty to repay wouldn't even go away if she died. What was initially $46,000 in principal grew, compounded by interest and late fees.

Emuge doesn't want to name her current employer or get into her financial troubles too deeply. After the P-D story, however, she published a blog post attempting to set the record straight. "I am not refusing to pay my student loans," she writes. "I experienced a financial hardship that made it difficult for me to pay the loan temporarily. I have reached a settlement with MOHELA and will resume making payments towards my loan." The first she heard of the lawsuit, she says, is when she got that email from the Post-Dispatch writer.

So how did Emuge end up in the news? You could blame an unfortunate confluence of factors. Only because her alleged debt is greater than $75,000 and because she lives out of state did the matter go to federal court, not state. MOHELA has sued countless people in state court; in federal court, it's much more rare, and that likely caught the P-D's attention. A quick Google search would have revealed her page on IMDB. On a slow news day, that's all it sometimes takes.

But the problem, I think, is bigger than that. Ten years ago, if an item like this made it in the newspaper, it would be a brief, and one that would run buried somewhere deep in the local pages. The Internet, though, amplifies the flimsiest of stories — once a story is pushed on the P-D's Facebook page, it has the potential to get as much attention as the paper's lead A-1 story. That isn't the reporter's fault — but the result can be devastating to the real person at the story's center.

Making matters worse, any time anyone googles "Diana Emuge," the story will live on. A brief buried in a daily newspaper 30 years ago never had that kind of archival power. And so while the P-D's readers might linger on this story for a minute, write a nasty comment and move on, for Emuge, it's an open wound that continues to bleed.

Beyond that, it's a missed opportunity. If MOHELA is suing a magna cum laude graduate of one of our better universities because she can't pay off the sizable debt she accumulated to get a degree, well, maybe the problem isn't that she's living in Reseda and hustling to make a living. Maybe the problem is with our system of higher education — the easy federally-backed loans that have caused college costs to soar, and the loan paperwork pushed to promising young students so that before they know just how hard it is out there, they've signed their life away with $46,000 in loans and 10 percent interest.

That's a story worth telling. But that's not the one the Post-Dispatch told. And who can blame them? Deadlines are constant in journalism in 2015. A click is a click. A "Hollywood actress" defaulting on loans is every bit as enticing as that old chestnut about welfare queens robbing the taxpayers blind. It's something we can all tsk-tsk over — and then move on to the next headline.

Sarah Fenske is the editor in chief of the Riverfront Times. Email her at sarah.fenske@riverfronttimes.com or follow her on Twitter @sarahfenske.