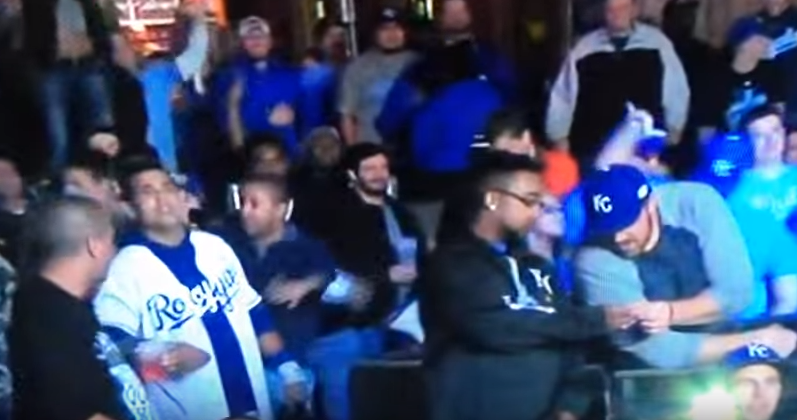 Game 3 of the World Series kicks off tonight, and it's becoming increasingly clear that something special is taking place for our baseball cousins to the west. The Kansas City Royals are damn good. But their fans also deserve recognition for demonstrating the true meaning of friendship ... with weed.

Indeed, a recent episode of ESPN Sportscenter accidentally featured three happy Royals fans passing a joint during the 14-inning marathon that was Wednesday's Game 2. It's a scene straight out of Cheech & Chong: One fan, a burly man in a baseball cap, catches the telltale scent of a joint being smoked by the guy to his right. The joint gets passed, and then passed again to another fan, and by the end of the session the three are hugging, the very best of friends. They probably went out for ice cream later.

Even better, the YouTuber who found and uploaded the video narrates the whole clip, providing a running commentary on this moment of bud-assisted sports friendship.


So kudos to you, weed-smoking Royals fans. The whole sequence so heartwarming it almost makes us forget how the Cardinals lost to those goddamn-motherfucking Cubs.