A church fire scorched the doors of a St. Louis house of worship early Thursday morning — the seventh in the area in recent weeks.

Metro cops responded to an alarm about 1:30 a.m. at the Shrine of St. Joseph, a Roman Catholic church just north of downtown at 1220 N. Tucker, and spotted flames at the base of the entrance to the rectory, authorities said. City firefighters quickly stopped the small blaze, but not before the flames charred the edges of the heavy, wooden double doors. 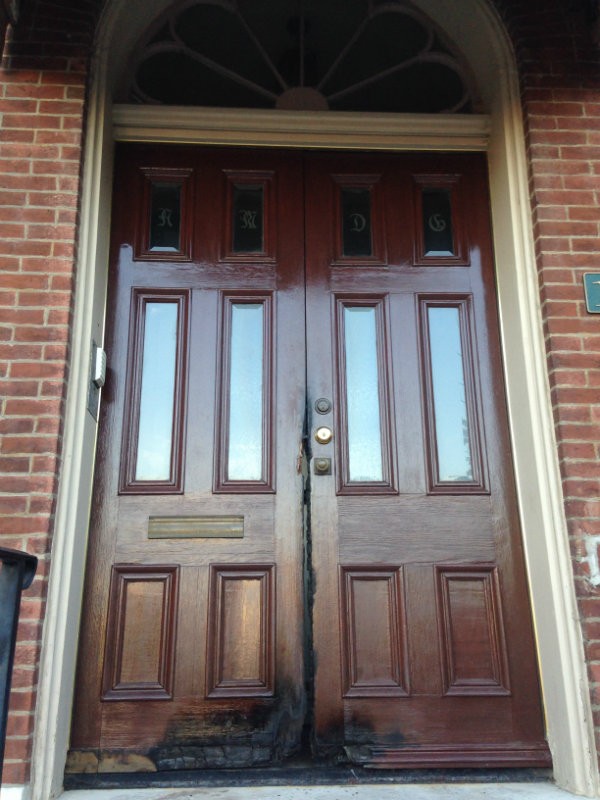 Unlike the previous fires in the north city and county, Thursday's burn struck a largely white congregation in a redeveloped neighborhood just north of downtown.