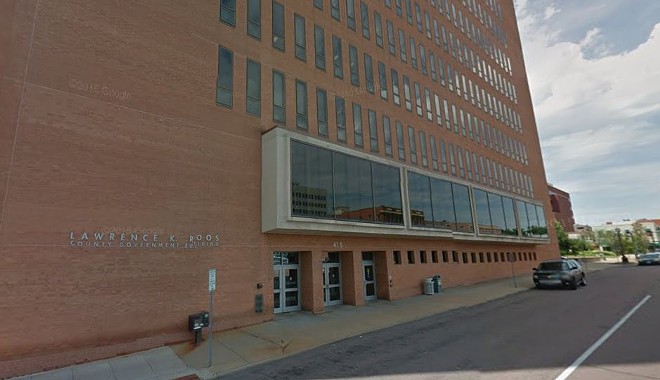 Update: During its Tuesday night meeting, the St. Louis County Council rejected a bill that would have forced landlords in unincorporated St. Louis County to evict tenants convicted of even minor crimes in the past year. The vote was 4-3, with the decisive 'no' vote coming from Councilman Kevin O’Leary, reports St. Louis Public Radio (KWMU 90.7).

Our original coverage continues below:

A proposed "residential rental license" for landlords in unincorporated St. Louis County will face a vote tonight at a St. Louis County Council meeting — with one major revision. Michael O’Mara, the bill's sponsor, tells the St. Louis Post-Dispatch that the bill now includes an amendment that would ensure landlords would not be forced to evict victims of domestic violence.

The amendment is seemingly the result of outcry over a section of the bill that instructs landlords to evict tenants who are cited for “nuisance violations" three times in a twelve month period. Non-compliant landlords would risk losing their rental license. Critics, including the Missouri chapter of the American Civil Liberties Union, pointed out that the bill would force landlords to evict domestic abuse victims if the third nuisance violation involved spousal abuse.

The new amendment reads: "[The Director of the Department of Public Works] shall shall not suspend or revoke any license based on activities connected with or related to incidents of domestic violence, including the making of emergency 911 calls relating to such incidents."

That's good news for domestic abuse victims. Yet the bill would still allow the county to pressure landlords into evicting tenants convicted of even minor crimes in the past year. According to the bill, convictions for felonies, misdemeanors and even municipal violations could be grounds for losing your home.

As we reported last week, the bill would provide the Director of the Department of Public Works with power to revoke the rental license of any landlord who fails to evict such tenants within 30 days of notification. Without the rental license, a landlord would not be able to rent to tenants on any property in his or her possession in unincorporated St. Louis County.

We've reached out to O'Mara and we'll update the story if we hear back. He  told the Post-Dispatch that he expects the bill to receive preliminary approval at tonight's 6 p.m. meeting and to be formally enacted at next week's meeting.