St. Louis Has the Highest Murder Rate in the Nation 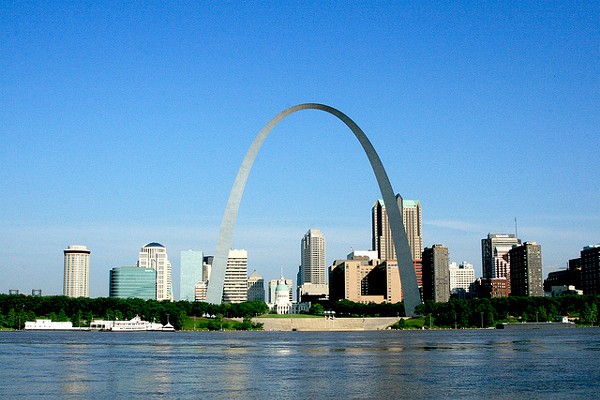 St. Louis' homicide rate in 2014 was higher than any other big city in the U.S.

That's according to newly released statistics from the FBI, which show St. Louis toppling the 2013 champion, Detroit, to become the murder capital of the country. The 159 murders recorded in St. Louis in 2013 give us a rate of 50 homicides per 100,000 residents — which is higher than Detroit's 44 per 100,000 residents.

Coming in third place appears to be New Orleans, with a rate of 38 murders per 100,000 residents.

Chicago, while leading the nation with the highest total number of homicides, found its number balanced out by its significantly larger population. While recording 411 homicides in 2014, the Windy City had a rate of just 15 murders per 100,000 residents, according to our analysis of the FBI statistics.

Now, it's worth noting that the FBI strongly advises against using these numbers to compare cities to one another. Crime doesn't respect municipal boundaries, and huge swaths of St. Louis may well be safer than cities that didn't make the list. Compiling data year-by-year is also fairly arbitrary. In a (seemingly futile) attempt to discourage such comparisons, the FBI does not sort its statistics by large cities or by homicide rates — we calculated these numbers by going through an Excel download of all the cities in the U.S.

And we didn't look at any cities with a population under 100,000. Had we done so, East St. Louis may well have been the champion — it recorded 27 murders last year, even though its population is just 26,523. That gives the Illinois city a rate of 101 murders per 100,000 residents. Yikes.

It's also worth noting that violent crime is dropping nationwide. It's declined 15 percent across the nation in the last five years, according to a study by the Pew Charitable Trust.

Still, the fact that St. Louis is on pace to notch far more homicides this year than the number that earned us a chart-topping ranking in 2014 is hardly reassuring. Stay safe out there, people.