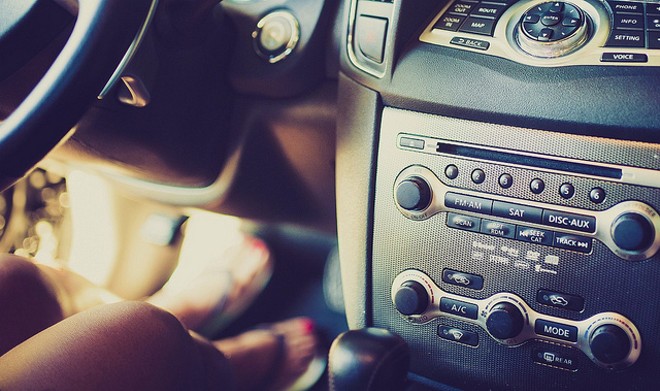 On Friday, Uber announced it was going rogue — launching its ridesharing service in St. Louis even without the blessing of the area's Metropolitan Taxi Commission, or MTC. So how'd that work out for everybody?

As it turns out, St. Louis-area passengers turned to the UberX service in high numbers. More than 5,000 took trips using the app, and just about 40 percent of those were between 10 p.m. and 3 a.m. — "top drinking hours," in the words of Uber's PR team. So many people opted for Uber that the company had to employ its controversial surge pricing, which charges passengers higher rates in order to get more drivers out on the road.

"We were prepared for a big launch, and a lot of demand," says Uber's Midwest general manager, Sagar Shah. "But there were still many more people seeking rides than we could serve. St. Louis is already embracing this."

Despite the volume of rides, the weekend was low on drama. No drivers were cited. And so far, no passengers have publicly reported problems after accepting rides from drivers who weren't vetted by the MTC-mandated process (read: fingerprints, background checks by the Highway Patrol).

The lack of citations wasn't a total surprise.

Mayor Francis Slay's chief of staff, Mary Ellen Ponder, said that the mayor would not order police to arrest, or even cite, drivers. “I’m pretty confident that the police chief and the police department have more important things to do than track down Uber drivers," she told KMOX. And while County Executive Steve Stenger said St. Louis County would issue citations, even there law enforcement would not be operating a sting. Drivers determined to be working for UberX would only be cited if they were stopped for another violation — speeding, for example, or failure to wear a seatbelt. (Stenger, too, promised that they'd be ticketed, not hauled off in handcuffs.)

The weekend of low-key ridesharing followed a meeting Friday in which the Metropolitan Taxi Commission proceeded as if nothing was happening, voting seven to one to enact regulations requiring fingerprinting, and other hurdles, for anyone seeking to provide ridesharing services in the St. Louis region. It's those regulations that Uber is now choosing to defy. The company has also filed suit in federal court, alleging antitrust violations against the taxi commission and its members.

But while the company's public relations effort is going well, and ridesharing seems off to a good start, the legal front may prove more tricky. Uber's request for a temporary restraining order was denied on Friday, court records show. The ridesharing company had asked U.S. District Court Judge Henry Autrey to bar the taxi commission from enforcing its regulations, shutting down the UberX service, or "otherwise engaging in any of the anticompetitive behavior" alleged in the company's lawsuit.

Uber had argued that its plaintiffs — customers who depend on taxis to get around town and drivers hoping to work for UberX — would suffer "irreparable harm" if UberX was not allowed to enter the market. At this point, at least, Judge Autrey isn't buying it. "Purely economic harm," he wrote, "is not irreparable harm." He also noted that, at this point, Uber has not shown that it's likely to prevail on the merits.

Judge Autrey seemed to suggest he was unlikely to rule in favor of ridesharing even in the longer term. In his rejection of a restraining order, he went out of his way to defend the taxi commission's regulations:

The public interest favors Defendant. As stated, supra, the fingerprinting and licensing requirements are crafted to maintain the caliber and reliability of the drivers. The licensing requirements ensure that the claimed insurance coverage for the drivers does not become ineffective by reason of an exclusion. Furthermore, the reasons given by Plaintiffs for the need for injunctive relief are hardly altruistic, whereas Defendant has presented clear and unequivocal public interest serving reasons behind the requirements encompassed within the permits. Therefore, this factor also weighs in favor of denial.

Uber is represented by James F. Bennett, John Danforth, John Comerford and Sheena Hamilton of Dowd Bennett, as well as a firm based in Columbus, Ohio called Organ Cole LLP.

Shah said Uber is no longer interested in working with the MTC, so the new regulations it passed Friday are of little interest. Instead, the company wants to see how the legal process plays out. "At this point we're looking at the anti-competitive behavior of the MTC," he says.

This is the first time Uber has ever sued any political or regulatory entity for violating anti-trust law, Shah says. "It's the first time anywhere in the world we've had to do that."

Editor's note: A previous version of this story wrongly characterized Uber's lawsuit. It is the first time the company has sued for anti-trust activity, not its first anti-regulatory lawsuit. We regret the error.