Got HIV and Want to Avoid Jail? There's an App for That — Created in St. Louis 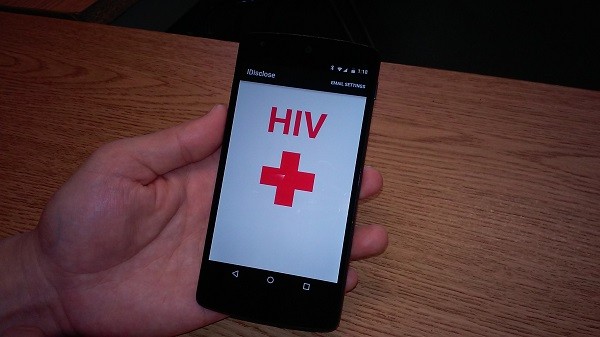 Aaron Laxton doesn't mind telling people he is HIV positive. Sometimes he insists on it. Otherwise, here in his native St. Louis, he could be considered a criminal.

Missouri is one of 32 states with a law that explicitly criminalizes exposing another person to HIV, according to the Center for HIV Law & Policy. Missouri's statute was used by St. Charles prosecutors earlier this year to convict former Lindenwood University wrestler Michael Johnson (a.k.a. "Tiger Mandingo"), who was sent to prison for 30 years for knowingly infecting one partner and exposing four others.

Laxton attended that trial, and the 36-year-old HIV-rights advocate found himself haunted by the "he-said-he-said" nature of the case. The college wrestler claimed to have warned his partners, but had no proof of doing so. The jury sided with the accusers.

That verdict convinced Laxton that all it would take for any HIV-positive person to be investigated, charged and convicted was a jilted lover telling such a story — even if it wasn't true.

So in June, Laxton teamed up with Guanyu Tian, an assistant professor of computer science at Fontbonne University who runs the app lab there. Together they created an app called "IDisclose."

The app, which they say is almost ready for release on the Android platform, will allow an HIV-positive person to disclose his status and ask a sexual partner to acknowledge it digitally. The partner reads and signs a document on the discloser's cell phone. The app then takes a photo of the partner's face and sends the whole packet to the discloser's inbox.

"I’m of mindset that these laws are not yet changing," says Laxton, who lives in The Hill neighborhood. "So I have to do whatever I can to protect myself." 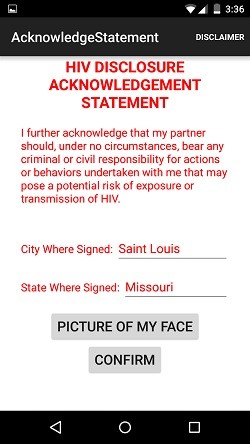 Not everyone in the HIV-AIDS community supports the app, he says. Some have complained to him that it's a capitulation to outdated laws that unfairly criminalize the illness.

In the eighties and nineties, many states including Missouri passed laws to criminalize HIV/AIDS exposure and transmission. At that time, the virus was considered a death sentence.

Much has changed in the intervening decades. "Thanks to better treatments," says the website of the federal Center for Disease Control, "people with HIV are now living longer—and with a better quality of life—than ever before." The site says that antiretroviral therapy (ART) "can dramatically prolong the lives of many people infected with HIV and lower their chance of infecting others."

But while medical knowledge has improved and the stakes of transmitting HIV have lowered, Missouri hasn't softened its penalties. For instance, it's still a felony in this state for an HIV-positive person to bite an uninfected person, even though the CDC says that HIV cannot be transmitted through saliva. And condom use is not a valid legal defense under Missouri's statute, even though the CDC says condoms are an "effective" HIV prevention method.

Under the exposure law, it doesn't matter if the risk of transmission is low, or if the HIV-positive person had no intention of transmitting. Exposure without disclosure is still a felony, and if charged, "it's 100 percent the responsibility of the defendant" to disprove it, Laxton says.

The Sero Project, a Washington D.C. advocacy center, has documented 23 cases in which Missouri prosecutors used the HIV-specific law. Twenty of those, they claim, resulted in convictions.

As recently as July, Robert B. Smith of St. Ann was charged in St. Louis County for "Attempted Exposing Another Person to HIV Infection." The county police wrote in a press release that Smith was using Craigslist to contact sexual partners, and in arranging a hook-up with an undercover detective, he denied having HIV, even though he'd been diagnosed in 2014.

Cases like that are troubling to Laxton. After all, even by the police version of the story, there wasn't sexual contact. A mere attempt at intimacy was apparently enough to net Smith a felony charge.

"The problem i see in that case is that there was no physical contact," says Laxton. "They’re charging him with a thought in the mind." 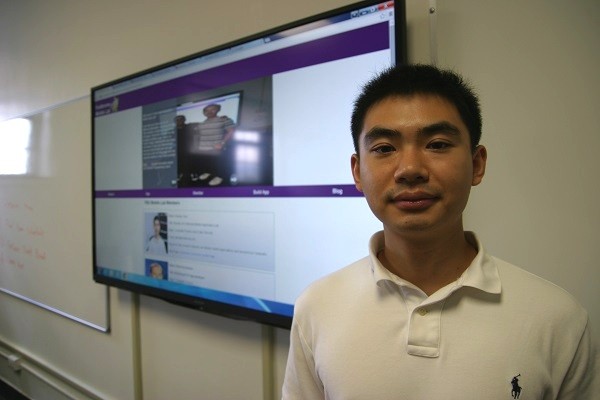 Laxton has a copy of the IDisclose app on his phone, but says he hasn't used it yet. He says he eventually wants Dr. Tian to write an iPhone version. (Laxton approached Tian for this project because the professor had developed other apps for Laxton's employer, the Criminal Justice Ministry. Tian agreed to create the app pro-bono, and finished it in June.)

Sean Strub, executive director of Sero, believes that an app like IDisclose — just like the disclosure form offered on his non-profit's website — is "demeaning and dehumanizing." But that doesn't mean he's opposed to it. If it's any kind of concession, he says, it's only "a concession to the reality of legal risk for people with HIV, many of whom have been unjustly accused, prosecuted and convicted, even when they have disclosed or posed no risk of any threat."

Danny Wicentowski contributed to the reporting of this blog post.