Of Course Wells Fargo Is Helping St. Louis Homebuyers. Legally, It Has To 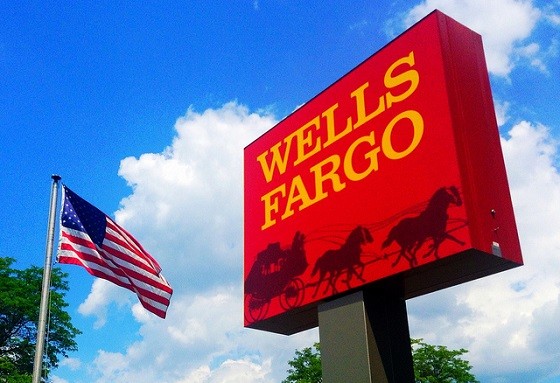 On Monday, Mayor Francis Slay and Treasurer Tishaura Jones trumpeted an initiative by Wells Fargo to spend $4.5 million to help people in our metropolitan statistical area buy homes. It's called HomeLIFT. Most of the money — $4.1 million of it — will be given to eligible St. Louisans in the form of $15,000 grants they can use toward a down payment on a house.

Good stuff — and naturally, the local media ate it up.

But what didn't appear* in coverage by radio or TV stations is why Wells Fargo is doing this. Obviously, the bank wants good PR. And, as it turns out, it's also legally bound to cultivate good PR under the terms of a settlement in federal court.

In other words, Wells Fargo is not simply trying to look good; it is required to try to look good.

Allow us to explain.

After the housing bubble burst and sent the country into a financial tailspin, 49 states and the federal government sued the country's five largest mortgage servicers — including Wells Fargo — alleging that they'd violated federal rules in handling mortgage loans and foreclosures. One allegation was that the banks participated in "robo-signing," a practice of speeding up foreclosures by having employees (or third-parties) sign off on large numbers of foreclosure affidavits without verifying the info written on them — acting like mindless robots rather than someone doing due diligence.

That lawsuit resulted in the largest federal-state settlement in American history, a $25 billion agreement announced in February 2012 that forced the banks to clean up their act.

The banks' behavior during that litigation triggered a separate federal suit, this time brought by Wells Fargo shareholders. These investors accused high-level bank officials of lying about the robo-signing and trying to thwart federal investigators — behavior that led to "massive fines, penalties and damages," they claimed, while the executives were "lining their own pockets with excessive salaries and other perks."

That case was settled as well (you can view the whole doc here). Notably, the Wells Fargo officials admitted no wrongdoing. But the shareholders insisted that the bank agree to "enhance its reputation among communities hard hit by foreclosures and declines in real estate values" by — you guessed it! — "funding down payment assistance to homebuyers." One of those hard-hit areas was St. Louis.

The idea is to administer HomeLIFT through the non-profit NeighborWorks America. An applicant will need to personally live in the home for five years and have an annual income below 120 percent of the local area median income – which, in the case of St. Louis, would mean roughly $84,350 for a family of four. Applicants must also attend an eight-hour homebuying class by the local non-profit Beyond Housing.

Tom Goyda, a spokesman for the bank, tells Riverfront Times that back in February 2012, Wells Fargo began a very similar initiative in Los Angeles called NeighborhoodLIFT. That was before any settlement mandated they do so.

And hey, make no mistake: A $15,000 forgivable loan is a fantastic boon to St. Louisans who qualify for it. For a lot of people, it's not going to matter where it comes from.

Which would be a shame for Wells Fargo, given that the whole point is to try to improve its image. Part of the HomeLIFT arrangement, by the way, calls for the program to be "launched through community events publicized by purchased media (print and radio)."

How kind, then, that the St. Louis Post-Dispatch and KMOX 1120 AM were willing to do it for free!

*Editor's note: A previous version of this story gave an incorrect list of publications that publicized the Wells Fargo program without noting its origins. The St. Louis Post-Dispatch published a story about the program, but also noted the litigation that gave rise to it. We regret the error.