Have You Seen These Looters? (VIDEO) 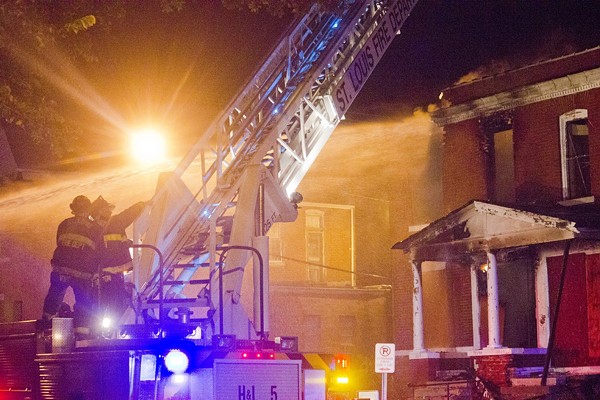 Given less attention was the looting that apparently accompanied the protests. But police now say that a group of 30 to 40 people broke into three businesses located at 1330 Aubert, a low-slung strip mall just off Kingshighway and Page. The businesses — Kings Beauty Supply, STL Custom Designs and Nail Spa — were then looted.

The St. Louis Metropolitan Police Department has since released a video of the looting, hoping for the public's help identifying the people in question. Anyone with information about anyone depicted is asked to call CrimeStoppers at 866-371-TIPS (8477).

We've embedded the video below. Recognize anyone?