Did a Federal Prison Official Lie About Solitary Confinement? We Asked Jeff Smith 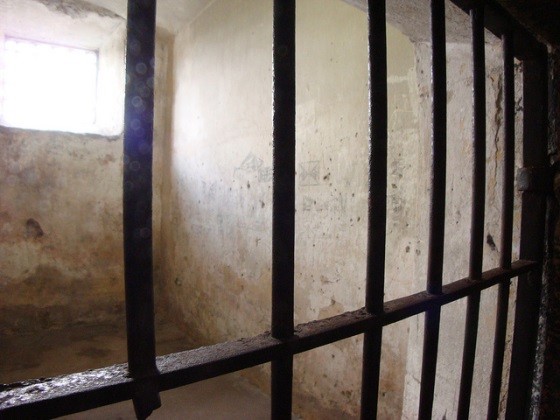 On Tuesday, Democratic senators (including Missouri's own Claire McCaskill) grilled the head of the federal Bureau of Prisons over its budget and practices and, in the process, heard him make an objectionable claim.

"We do not practice solitary confinement," said BOP director Charles Samuels at the hearing of the Senate Committee on Homeland Security & Governmental Affairs.

"That's astonishing to me," replied Senator Corey Booker, D-NJ, according to The Hill. "All of the evidence is that it is a practice at the federal level."

The denial also caught the attention of a former federal inmate from Missouri who once served as a state senator in St. Louis: Jeff Smith.

Smith, you may recall, pleaded guilty in 2009 to obstruction of justice after he lied to the FBI about his involvement with a campaign mailer that didn't follow election regulations. He is now an associate professor of politics and advocacy at The New School.

What seemed to rankle Smith was Samuel's assertion that the BOP only puts prisoners in solitary under special circumstances. Tweeting the story about the hearing, Smith called that assertion a "bald-faced lie":

Riverfront Times then emailed Smith to clarify whether he himself ever spent time in solitary.

I wasn't confined in solitary myself, thankfully. But I saw the SHU [segregated housing unit] and was friendly with several prisoners who had been in it, and saw others cycle in or out of it for a variety of offenses, some rather innocuous - including a guy who put his hand in a girl's pants during a visit. To say, as the BOP official does, that "barring evidence that an inmate poses a threat to others or a medical evaluation calling for solitary confinement, we do not under any circumstances, nor have we ever had the practice of putting an individual in a cell alone" is simply not true. In fact, the SHU was also used for people caught with certain types of non-dangerous contraband, and [correction officers] threatened inmates with the SHU constantly. So Samuels is either lying or unaware of what's happening on the ground in federal prisons.

It just so happens that solitary confinement has been on Smith's mind as of late: He's currently working on a book, one section of which will deal with the topic. Hopefully he'll send us an advance copy so we can review it in this space.