In a statement made during the July 26 Sunday services, Stan Dubose, vice chairmen of the church's board of elders, told the congregation that Wingfield needed a break.

"During this time away from the church, Steve will be seeking counsel, not only to address the stress, grief, fatigue and emotional trauma that he has sustained, but also to address issues that have become deficits to his management and leadership style," Dubose said, according to a recording made by a church member. "It is important for you to know that this action is in NO way a reflection of a change of direction on the part of the elders regarding our support, trust and belief that Steve Wingfield is a man called of God to be and to serve as senior pastor here at First Christian Church."

The statement is curious, since it appears to play on both sides of the Wingfield controversy: On one hand, Wingifeld's supporters insist their pastor has the endured "emotional trauma" of unfair criticism and harassment; Wingfield's opponents, however, argue that his authoritarian "leadership style" is destroying the church.

FCCF's most ardent critics view the sabbatical as an empty gesture, which isn't surprising considering that Wingfield previously filed a defamation lawsuit against several former and current church members who dared to publicly oppose him. 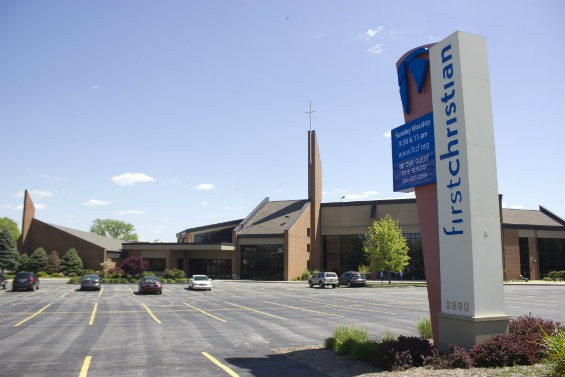 There's also the matter of former youth minister Brandon Milburn, who confessed to molesting two eleven-year-old boys he'd met through FCCF events. Those who worked with and knew Milburn allege that Wingfield ignored warnings and then tried to suppress whistle-blowers.

For Mueller, the campaign to unseat Wingfield and reform FCCF is also personal. Once an active church member, he was informed last month that he and his wife had been banned from FCCF property.

Messages left at FCCF seeking comment were not returned.

Even as FCCF considers its future with Wingfield, the church community continues to struggle with the aftermath of Milburn's crimes. Although the church has offered to pay for counseling services for the victims, Mueller and others were dismayed to learn that the counseling would be limited to only twelve sessions and would require the victim to meet with a church official first.

"If you're one of the victims, or a family of the victims, it's a slap in the face. It's re-victimizing," Mueller says. "I think FCCF is at a point where they've addressed the sexual abuse as much as they're going to address it. In their own words, they're moving on."

To dig deeper into the sordid backstory of the FCCF and Brandon Milburn controversies, make sure to check our previous coverage: