Mizzou Study Points to Solution for Young Alcoholics: Get Married 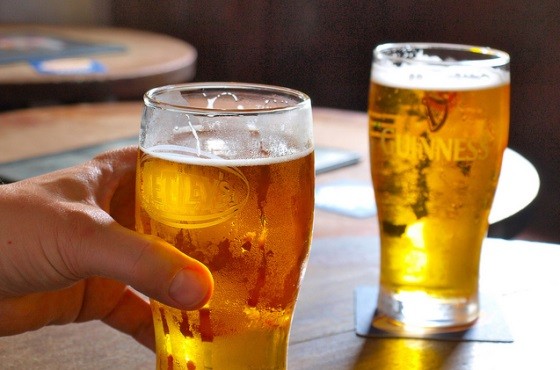 Marriage makes you "boring" -- or so goes the cliche.

That's not necessarily a bad thing if you're a big drinker.

The question that a University of Missouri-Columbia researcher and his colleagues set out to answer was this: Can marriage tame even serious alcoholics?

The answer, published in the June issue of a psychology journal, appears to be yes.

"Results conﬁrmed the hypothesis that protective marriage eﬀects on drinking quantity trajectories would be stronger among more severe premarriage problem drinkers," wrote the authors of the study.

Which is a very academic way of saying that getting hitched tends to dramatically curb drinking -- even among severe problem-drinkers.

According to Matthew Lee, a post-doctoral fellow in Mizzou's Department of Psychology, this phenomenon fits in with something called "role-incompatibility theory." It's a fairly common-sense theory that holds that if a certain behavior blocks you from meeting the demands of a new role, you'll halt the behavior. Heavy drinking is a behavior that's very often incompatible with being a husband or wife.

"We found" says Lee, "that marriage not only led to reductions in heavy drinking in general, this effect was much stronger for those who were severe problem drinkers before getting married."

The article appeared in the June issue of "Alcoholism: Clinical and Experimental Research." You can read the first page here.