KMOV only ended up using a snippet in their newscast, but weeknight news anchor Steve Savard seemed to know he had something extraordinary in this hands. He put the entire thing on Facebook on Thursday afternoon. Since then, the video has gone stratospheric, garnering more than 1.5 million views.

Rarely do you see an Alderman get this emotional in public. The most talked-about moments are when he says the following:

I want to see people marching. Let's march for Rashad Farmer. We march every time the police shoot and kill somebody. Whether they deserve it or not, I can't call it. But we're not marching when we're killing each other in the streets! Let's march for that. How about that? 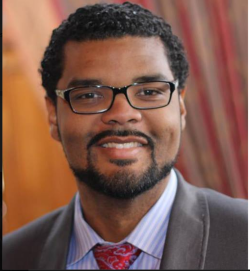 "Let me say, I understand his frustration," said 21st Ward Alderman Antonio French, in an interview with Riverfront Times. "I just disagree with it."

French did not deny the popularity of the video. "There is always an audience for that approach that puts the responsibility on the people who are suffering the most to pull themselves up by their bootstraps somehow."

"We don't hold white victims responsible for their perpetrators," he continued. "Never do we say, 'The loft dwellers need to step up and make their streets safer.' Only when it comes to poor communities and poor African American victims do we say that they're responsible for the bad things that happen to them."

As for Boyd's notion that people demonstrate more loudly when a cop shoots a civilian, French says, "He and I both have been to countless stop-the-violence marches. They don't get the same media coverage."

Alderman Chris Carter of the 27th Ward said of Boyd's video, "I'm going to have to agree with the majority of things he mentioned." He said the "number-one concern" he hears from constituents is the need for a job. But if he then directs them toward resources such as a job league, they don't always follow through, or fail to pass the drug test or maintain the job.

"Sometimes they tell me, 'I ain't trying to get no job.' Some people really believe they're supposed to be selling dope and living that crazy lifestyle. That's all they see growing up. They see the dope dealer with the cars and the jewelry. They want to be that guy. They think chaos is how you're supposed to live. So I think you have to grab 'em early."

Thirdly, Carter says, there's a mental-health crisis that needs to be dealt with. "I think the majority of our kids are sitting up with some kind of PTSD," he said. "We've got grown men who have watched people die, and it's messed them up. Now put a kid in that situation."

With respect to Boyd's video, Carter said, "I understand his frustration. I think we're all at that point."