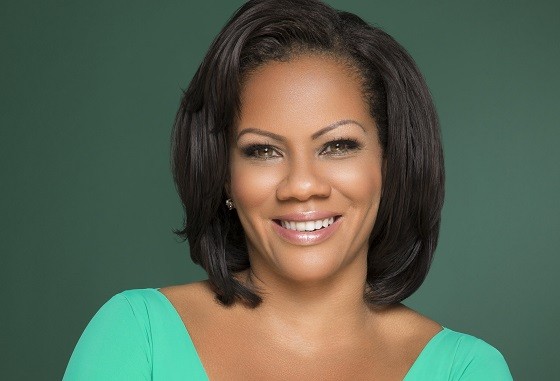 A longtime contributor to MSNBC and CNN on social and political issues, Taylor is author of The January Girl and has written for publications such as CNN.com, The Atlanta Journal-Constitution, Marie Claire, MSNBC.com and others. She recently relocated from Atlanta, Georgia to Washington, D.C., to write for the Blue Nation Review and focus on national television segments.

Taylor is coming back to her hometown next week to emcee JCI's Symposium on Social Equality: The Search for Human Dignity in the 21st Century. Along with several other media figures and professors, she will speak at the global nonprofit's event, held this year on July 23 at the Touhill Performing Arts Center, University of Missouri- St. Louis Campus.

Taylor was born in University City and grew up in East St. Louis, Illinois, and north St. Louis County. She witnessed urban sprawl destroying the heart of once-vibrant neighborhoods. She witnessed the deaths of her father and brother from gun violence. She witnessed kind people taking in her family after they moved, as well as racism from others who weren't so kind.

Taylor recalls the details of her father's murder in 1973. When he was shot, instead of being taken to the best hospital in the city at the time, he was taken to the traditionally "colored hospital." There, he died.

It was in the following years that Taylor's mother moved the rest of the family to north St. Louis County.

"When we moved into St. Ann, the neighbors began to move out. I watched a racial shift. I didn't understand this. There was racism and bigotry, but for the most part, we were met by a loving community," Taylor explains.

Taylor describes the shock of moving into an all white neighborhood -- besides her mother's fiance, she had never seen a white man in her life.

"I don't think any of the [white] children had seen anybody like me before," she adds.

Today, Taylor sees a lack of conversation about tough topics -- even though she believes they are the most crucial conversations. The entire justice system needs change, she says, for the betterment of the country.

"How the media covers deaths and murders, it's based on how wealthy you are," she says. "When you look at the disparity of wealth in this country, when you have less wealth, it affects what type of justice you get."

The topic is one that Taylor has struggled with her whole life, beginning with her childhood in St. Louis. She remembers seeing her brother, who was nine years older, try to cope with overbearing law enforcement.

"I remember him being targeted by police," she says. "I didn't know why he couldn't drive two blocks from my house without him being stopped."

With that memory embedded in her identity, when Taylor saw on social media that an unarmed black man had been shot multiple times and killed by Ferguson Police officer Darren Wilson, she took the first flight that Monday morning back to her hometown.

"I didn't know what I was going to do there. I was working for MSNBC then, I just wanted to be close to family, I wanted to understand what was unfolding. It was heartbreaking," Taylor explains.

She knew right away, she says, that peace would not hold. She blames both segregation -- and history.

"If you look at the history of St. Louis, Chicago, Dallas, the stories played out almost identically in the way that the nation has chosen not to live together. Some of our cities are the most segregated on the planet. This has implications beyond what we understand. It tears up the road to the American dream -- not everyone has access to it.

"This story happened long before the 18-year-old black boy and a Ferguson police officer. Until we give some recognition to it, we will find ourselves in this place again."

As the emcee at the JCI Symposium on Social Equality on July 23, Taylor hopes to facilitate discussions around these topics.

"When you have those conversations, people have their own level of culpability, it makes the conversation difficult to have," she explains. "It makes us default to the easiest conversations, like black-on-black crime, rather than putting things together and seeing how I can help and make a more sustainable solution for the entirety of my community."

Taylor was quick to say yes to JCI's invitation to emcee this year's symposium.

"Just by showing up, it shows that the individual knows that there's something to grapple with here," Taylor says. "I hope we can bring some viable, sustainable solutions."

The JCI's Symposium on Social Equality runs from 9 a.m. to 6 p.m. and is free and open to the public. For more information, check out its website.

We welcome tips and feedback. Email the writer at emily.mccarter@riverfronttimes.com.