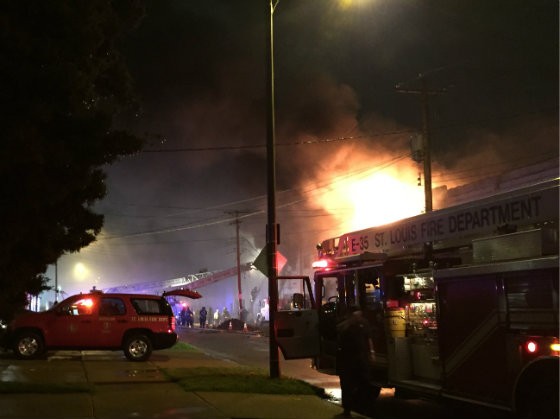 A four-alarm fire engulfed a large warehouse in the Hill neighborhood last night.

Our correspondent Jaime Lees was on the scene at the 3000 block of Daggett, near Hereford; she captured these pictures of the blaze. 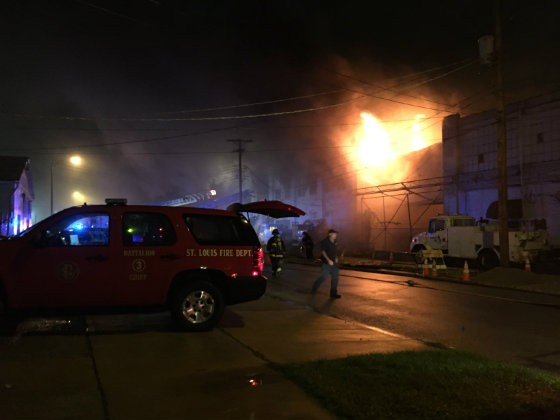 The fire was first reported at 10:11 p.m., according to the St. Louis Post-Dispatch, and took about two and a half hours to vanquish.

Next: Photos of the warehouse this morning, after the firefighters put out the blaze.

Here's how it looked this morning when we returned to the scene. 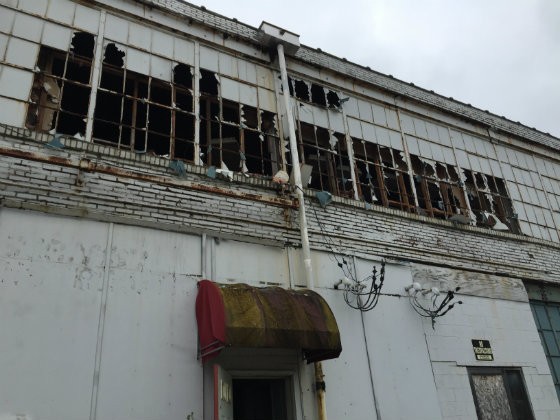 And here's how it looked last week, before it was ravaged by fire. 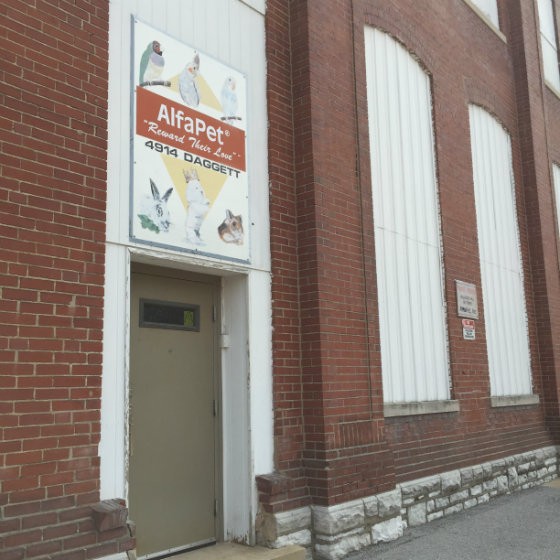 We welcome tips and feedback. Contact us via email at feedback@riverfronttimes.com.