St. Louis Is Among the Nation's Best Cities for Recreation, Study Finds 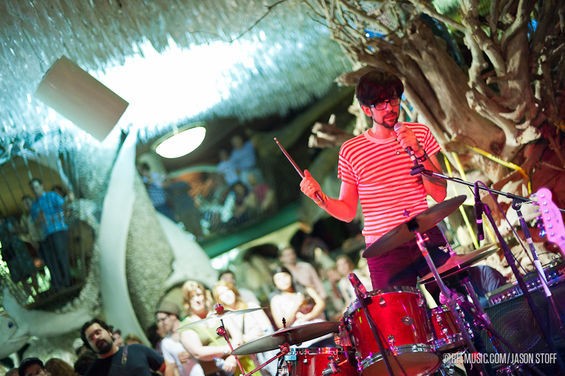 When it comes to recreation, St. Louis is among the top ten cities in the nation, a new study has concluded.

In fact, we came in at No. 8 -- well ahead of Las Vegas, New Orleans, Chicago, Los Angeles and New York City.

How? Well, the study, by WalletHub, surveyed factors like a city's number of basketball hoops, the cost of its movie tickets and its number of coffee houses. It also factored in one area where St. Louis totally kicks ass: our number of music venues per 100,000 residents.

In that metric, we actually came in No. 2 in the whole damn nation -- second only to Las Vegas. Woohoo!

We also excelled in our number of tennis courts (finishing tenth nationally) and our access to parkland -- St. Louis finished 22nd in its spending on parks per capita and 17th in our percentage of the population with park access.

In fact, were it not for one area in which we totally tanked, we suspect we would have finished much higher in the study.

Our weather, it's fair to say, is holding us back.

In fact, judged solely by climate, we would have finished 94th out of 100 cities. And in light of the fact that we're looking at yet another wet, muggy day, we can't even argue with that.

But hey, who needs to go outside when you've got so many awesome music venues?

Apropos of Nothing Lists