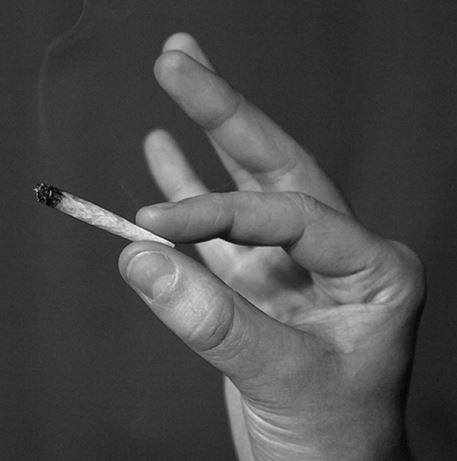 Ever since July 2, a happy cloud of pot smoke has hovered over Oregon. On that date, the state's governor signed a marijuana legalization measure into law, making Oregon the fourth state in the U.S. to reject the failed tactics of pot prohibition.

It was a particularly heady moment for Travis Maurer. But not necessarily because of the legal weed.

A Missouri native, Maurer had been living in Columbia in 2009 when police officers burst into his home. Acting on a tip, investigators discovered 300 pot plants and assorted growing equipment. During the raid, his wife, Leah, miscarried what would have been the couple's third child. Maurer was charged with felony-level drug crimes.

"A lot of people like to blame law enforcement in particular for these types of things," Maurer says now. "But I blame myself for making a decision to operate illegally in the state under such a draconian regime of laws. I didn't realize at the time that the potential outcome could be paramilitary-style invasion. I think it's really easy to blame law enforcement. I blame the laws."

In the six years since the raid, Maurer moved his family to Oregon, eventually working behind the scenes to organize opposition to the kind of drug laws he encountered in Missouri. His work paid off: In a lengthy profile published Monday, The Oregonian credited Maurer with "masterminding Oregon's marijuana initiative."

Back home, progress has been harder to come by.

Missourians have been hoping to pass a cannabis legalization measure for decades, but efforts have been on a slow simmer. Maurer founded the organization Show-Me Cannabis in 2010 to advocate for legalization, but afterwards kept his head down while dealing with the fallout of his arrest.

Now off probation, Maurer is taking a more public role in bringing legal pot to his home state. New Approach Missouri, a political action committee, hopes to run a legalization campaign for Show-Me Cannabis. (Maurer's wife is on its board.)

First, however, the organization has to figure out what kind of legalization measure to back. According to Show-Me Cannabis executive director John Payne, the immediate challenge is obtaining polling and research data.

"We're still tweaking the language. We're about to do a round of poling and that will determine how we go forward," Payne says.

This is nothing new for Payne, Maurer and other Missouri pot activists. In 2014, Show-Me Cannabis scrapped plans for a legalization initiative after polling data indicated that just 50 percent of Missourians would support such a measure. For Show-Me Cannabis, that margin was just too slim.

Two years later, many are wondering if it's finallly Missouri's turn to embrace full legalization. But Payne cautions that such a victory may be still further down the road: Instead of a full legalization bill, he says, it's possible that voters would prefer to pass a measure legalizing medicinal marijuana.

"We don't want to be in a position where we put something in the ballot and fail, especially at the harm to medical patients," Payne says. "In Oregon, the goal that they were looking for was 55 percent in their poling. If we hit a similar mark here in Missouri, we would feel good, but that's still a gambit -- 60 percent is considered the gold standard."

Payne tells us that Show-Me Cannabis and New Approach Missouri will make a decision on a ballot initiative "very shortly." He hopes to begin collecting signatures by September.

As for Maurer, he says the success of Oregon's pot measure should serve as encouragement for more states to take the plunge. And while the Oregon bill isn't without its problems, he says those challenges are far preferable to the systemic flaws of marijuana prohibition.