Why Did This 21-Year-Old Woman Die in the Pagedale Jail? 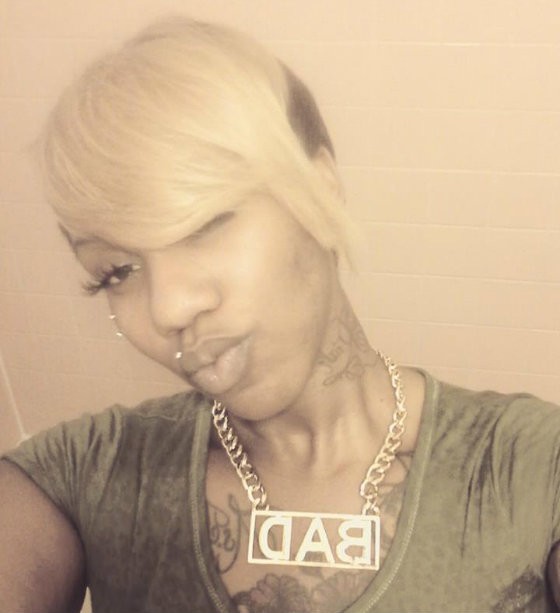 Last September, Pagedale police arrested 21-year-old Kimberlee Randle-King for getting in a street fight. Noting several "failure to appear" warrants for her arrest, the officers put her in jail.

Within minutes, she was dead in her cell.

The cops called it a suicide. But in the post-Ferguson climate, not everyone believed them. Many family members and protestors gathered in Pagedale a few days after the death.

"We need answers," Rachel West, Randle-King's god-sister, told KMOV (Channel 4). "We need how. We need why."

A police report obtained yesterday by Riverfront Times sheds much light on the "how," although the "why" is debatable — and soon to be the center of a lawsuit.

Kimberlee Randle-King — a single mother of two living in her own apartment in Maplewood — was a confident and bubbly person with no history of mental illness or suicidal thoughts, according to her mother, Gladys King.

"She was not at all depressed," King tells RFT. She was a "glamour girl" who liked her housecleaning job at the Crowne Plaza hotel in Clayton because it allowed her to buy new clothes. "She thought she was Beyoncé!"

On the afternoon of September 19, 2014, Randle-King finished her shift there and drove up to Pagedale to pick up her kids, ages three and four, at her grandmother's house. Instead, she got into a brawl.

When Corporal Napolean Valiant of the Pagedale police arrived at the intersection of Woodruff Avenue and Wynhill Drive in response to a "fight" call, he saw "a large group of individuals in the roadway yelling at each other," he would later tell St. Louis County Police Department investigators.

The fight dispersed. Corporal Valiant and another officer rounded up two of the brawlers: Randle-King and Cathryn Waters, 26. Randle-King said the latter had threatened her earlier on Facebook, then jumped her when they crossed paths that day.

The cops arrested both women on charges of third-degree assault. Randle-King screamed profanities at the officers, they reported, but surrendered.

At the Pagedale police station, Waters went free with a citation because she had no outstanding warrants. Randle-King, however, had seven "failure to appear" warrants and nine fugitive warrants issued by St. Louis County, University City, Bellfontaine Neighbors, Clayton and Maryland Heights, mostly for traffic and vehicle violations.

In the booking room, she asked officer Stephen Hall to undo her handcuffs. He agreed, observing that she'd become "notably calm." Randle-King signed her booking documents, denying any medical problems.

Yet when officer Hall explained to her the bond amount on her warrants, the police report says,

Kimberlee became "hysterical" and claimed she would lose her "job, house and babies." Kimberlee then said, "I'm gonna die if I go back there."

Police Officer Hall... did not believe her statement to be suicidal in nature."

Valiant offered to release her from her bond and assign a new court date. But upon learning she'd be transferred to another police department, she "remained upset" — so upset, in fact, she refused to walk into her cell.

They used the "soft escort position" to place her into the cell.

According to the report, the Pagedale police station is outfitted with 13 interior cameras. Investigators later watched the video recordings and came up with the following timeline.

At 5:07 p.m., the officers locked the door to Randle-King's cell. She "immediately threw herself to the floor and rolled onto her sides. She repeatedly flailed her arms and legs and appeared to scream and/or cry."

Two minutes later, alone in her cell, she pulled off her red t-shirt. She laced it through the center hole in the top bunk's bed frame. She wrapped it around her neck, tightened it, then lowered herself into a "contorted position... suspended by the t-shirt around her neck.

By 5:17 — just ten minutes after they locked her in the cell — "all movement in Kimberlee's body appeared to have stopped."

It apparently wasn't until 5:33 — or about 34 minutes after they locked her in the cell — that a police clerk and Valiant used the monitor to check on her. That's when Valiant sprung into action. He hurried into the cell, bear-hug lifted her, freed her from the noose, laid her on the bottom bunk and started giving her CPR.

Cabot Hemp, an inmate across the hallway, said he looked out of his window and saw Valiant "desperately" trying to save the woman, "like it was [his] own daughter."

He couldn't save her. The St. Louis County Medical Examiner's report later ruled the manner of death a "suicide" caused by "asphyxia."

Officer Hall, who'd left on another assignment, came back to the station and saw Valiant crouched near the back door. The corporal, who'd recently had heart surgery, had just vomited outside.

"I tried to do what I could," Valiant reportedly said, out of breath. "She was hanging." 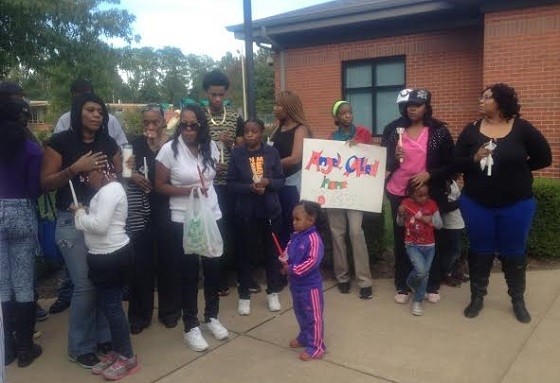 On September 25, a crowd of family members and supporters gathered at the Pagedale police station in protest. They were "looking for answers," according to their page on Facebook.

The King family has since retained attorney J. Justin Meehan.

Meehan says he and the family are in the process of filing a wrongful death petition in state court against the City of Pagedale.

He points out that in 2005, a different inmate — Kelvin Dobbs — also committed suicide in the Pagedale jail.

Meehan provided RFT with a copy of the duties of law enforcement clerks at Pagedale, which include the obligation to "monitor all prisoners at all time[s]." A clerk was indeed at work and supposed to be watching Randle-King at the time of the incident, according to the report.

"This death was a reflection of the lack of care from the powers-that-be for black lives," says Meehan, adding that Randle-King must have felt "lost in the municipal gulag," in north St. Louis County, where "people of color are forever treated as personal ATM machines by the municipalities and the courts."

Gladys King tells RFT she is now caring for her deceased daughter's two children. She ultimately doesn't know why Kimberlee took her own life.


We welcome tips and feedback. Contact the writer at nicholas.phillips@riverfronttimes.com