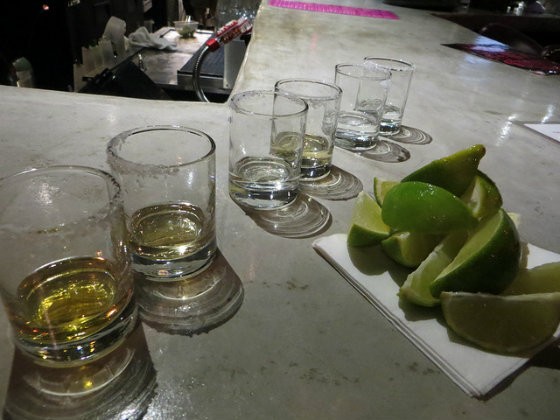 Editor's note: We updated this story at 5 p.m. on June 22. Scroll to the bottom for the latest.

The woman called Jefferson City police at 8 a.m. on April 9 to say that she was worried she'd been sexually assaulted the night before. She couldn't remember where she'd been most of the evening -- and not only did her wrist hurt, but her clothes were both muddy and bloody. Police took her to the hospital and compiled evidence for a rape kit.

Two months later, on June 19, the St. Louis Post-Dispatch ran her photo on its front page. The accompanying story listed all the alcohol she'd consumed the night before -- with details including the size of various bar tabs and the specific drinks (wine, vodka Red Bull, Jagerbombs) she'd paid for. It also named the man she'd previously been in a sexual relationship with, even though he was not suspected of any wrongdoing and wasn't even present for the night's festivities.

It published her name and her job (a lobbyist at the time she filed the police report, she's now in public relations) and said she'd declined to be interviewed.

And then, in classic daily newspaper fashion, it attempted to make the story about something bigger, something important.

This wasn't just gossip. Oh no. The "detailed police report -- which is sprinkled with names of prominent politicos whom [the woman] saw or texted with that night -- opens a window into the capitol's nightlife."

Apparently, if an alleged sexual assault gives us a "window into the capitol's nightlife," everything surrounding it is fair game. If you call the police because you think you may have been raped in a blackout, the next thing you know, all the details of what you drank and who you've been sleeping with end up on A-1 of the state's largest daily.

Really, the headline after the story continues on A-10 tells you just about everything you need to know about the story's raison d'etre: "Police report details woman's night of partying."

STOP THE PRESSES, PEOPLE. A woman drank too much.

I contacted the Post-Dispatch Friday afternoon to find out what the hell they were thinking -- not only by publishing such a lengthy investigation into such bizarrely un-newsworthy details, but why they'd named a woman who only came into contact with law enforcement because she suspected she was a victim of sexual assault.

It's common practice in journalism to withhold the names of sexual assault victims. In fact, in all my years working at both daily and weekly newspapers, I can only recall two exceptions to this practice: one, if the victim is found to have completely fabricated an assault for personal gain, and two, if the victims themselves decides that they want to have their story told.

Neither was true in this case.

Virginia Young, the daily's respected statehouse reporter, had the byline on the story. She declined comment on the paper's decision, referring me to her editors, Christopher Ave and Adam Goodman. Ave wrote back to say he was off work that day and would be referring comment to Goodman. I never heard anything from Goodman.

[See update at story's end -- we received a statement from Ave, the paper's political and national editor, at 5 p.m. on Monday, June 22. We've included it below.]

Ostensibly, the paper decided the story was newsworthy because the woman told police that she'd had a previous sexual relationship with the married John Diehl, who was Speaker of the House at the time of the night in question, and who resigned last month after it became clear he'd had an inappropriate relationship with a college-aged intern.

On the intern story, the Post-Dispatch got beat by the Kansas City Star, despite apparently being aware of many of the details and actively trying to report it out. Perhaps the paper feared getting its ass kicked, again.

But this story is clearly much different. For one thing, Diehl is no longer in office. Much more importantly, there isn't the power imbalance between a state representative and a lobbyist that makes the relationship between a public official and an intern so troubling. Even though many liberals denied it at the time, the relationship between Bill Clinton and Monica Lewinsky was newsworthy, and was disturbing. The alleged relationship between George Bush Sr. and the former appointments secretary that several news outlets decided to cover? Not so much.

And even if the police report in this incident was newsworthy, why name the victim?

The paper makes a feeble attempt to suggest that she couldn't have been a victim -- that she might have made up the whole thing -- by including this bizarre paragraph:

Police also established that [the woman] wasn't blacked out for the time period she said, because she was texting with Rep. David Hinson, who had also been at J. Pfenny's that night. Hinson, R-St. Clair, tried to help [the woman] when she texted that she was bleeding, but he couldn't find her.

According to that thinking, you can't be texting if you're in a blackout -- which is flat-out wrong. As any heavy drinker could tell you, there's a big difference between being blacked out, and being passed out. As a detailed study funded in part by the National Institute on Alcohol Abuse and Alcoholism determined, people in a blackout "can often carry on conversations, drive automobiles, and engage in other complicated behaviors." They simply can't remember them later, because the brain's short-term memory is wiped out.

In fact, nothing included in the Post-Dispatch story suggests the woman was lying or that a sexual assault didn't happen. The cops apparently traced her steps up to a point -- a point when it was clear she'd drank enough to be seriously wasted -- only for the woman to stop cooperating with the investigation. At that time, the police had yet to test the evidence they'd collected in the rape kit. They closed the case, telling the P-D that the woman "did not want the analysis done. She's basically not returning phone calls and will not talk to us anymore."

Now the details of what the woman called "the craziest drinking experience of her life" have been splashed in the newspaper. All of St. Louis has been treated to a scene of her getting a drunken piggyback ride from a businessman she met at a Jeff City bar. Her pet name for her married lover has been published -- even though, again, he had nothing to do with her bloody/muddy clothes on the night in question.

Why would anyone who suspects they've been raped ever go to the police in light of journalism like this -- much less truthfully answer the officers' questions about what led up to the night in question or the men they've been involved with?

Chelsea Merta, an attorney with Arch City Defenders and a former aldermanic candidate, tweeted her displeasure with the paper's decision, and followed up with that criticism when I reached her by phone on Friday.

"For every woman who's been raped, and has the strength to report it, it makes it a little easier for the next woman to come forward," she says. "But then you have a woman who reported this assault to the police, and then two months later, her face is in the Post-Dispatch?"

Merta can't imagine why the paper felt it was appropriate to name the victim. And, she adds, "They made it so sensational. No details were left out -- it was like they were reporting on Jefferson City's version of The Hangover." Only instead of everything ending with our heroes laughing over the fun they had, it ends with a young woman's dirty laundry aired at far too much length in the newspaper.

The Post-Dispatch has done a huge disservice to rape victims everywhere. But hey, at least they opened that window into the capitol's nightlife. Someone get that paper another Pulitzer.

We just received a statement via from Christopher Ave, the Post-Dispatch's Political and National Editor. We've posted it in its entirety. After the statement, we've got a clip of Ave talking about the paper's decision on KMOX.

Last Thursday we posted a story by our Jefferson City Bureau Chief Virginia Young that involved a police investigation and a relationship between former Missouri House Speaker John Diehl and former Gov. Jay Nixon administration official [name redacted]. We made the decision to run the story based on its news value after careful consideration and healthy discussions involving a veteran reporter and senior editors.

We recognized that publishing this story, including [redacted]'s name and some of the specific details from the police report, might bring criticism and raise legitimate questions in the minds of some. In the end, we made a judgment call based on the newsworthiness of the subject matter and the officials involved, as well as on the police investigation's findings.

Given the current climate in Jefferson City following the recent intern sexting scandal involving Diehl, we felt this story continued to reveal the behavior of public officials and those who play a role in state government.

Virginia's story disclosed that an aide to Missouri's Democratic governor and the Republican House leader had been engaged in an affair during a legislative session. That raises questions about the impact of such a relationship on public business. How our legislators are making decisions and setting public policy both inside and outside the Capitol building and how they are interacting with members of the executive branch, lobbyists and even student interns is of importance to the public.

There's a lot we still don't know about the night in April that sparked a police investigation that is now closed, or about the broader questions of the behavior of public officials during the Legislative session. We will continue to report legitimate issues of public business.

And here's Ave on KMOX. The essence of his argument seems to be this: We don't know if she really was raped, so it was OK to name her.

"She said I don't know [whether I was raped]," Ave says. "Not criticizing her, my gosh. I mean, she still may be a victim. We don't know. ... My only point here journalistically is that it's a different thing to write a story with very powerful people doing the public's business having relationships, in which a woman said, 'Well, I don't know' -- that's very different than doing a story where a woman says, 'I was assaulted.' Those are very different things."

Listen to the whole 10-minute segment below.

Sarah Fenske is the editor in chief of the Riverfront Times. You can reach her by email at sarah.fenske@riverfronttimes.com.