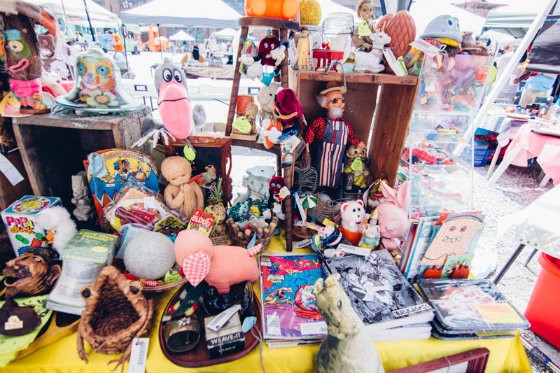 The city's Board of Adjustment has upheld the occupancy permit for the five-week-old St. Louis Swap Meet -- a flea market held every Sunday off Cherokee Street's Antique Row.

As we chronicled last week, some veteran Antique Row merchants had feared the weekly event would harm their shops. They appealed the permit, urging the city to make sure the vendors obtained business licenses and paid sales tax.

The board's decision essentially allows the Swap Meet to carry on as before, meaning that founder Martin Casas will not be responsible for making sure his vendors follow the rules. Flea markets in Belleville, Illinois; St. Peters and the city's Tower Grove neighborhood operate with similar freedom; it's up to each participant to comply with applicable laws, not the organizers.

Neither Casas nor Mark Overton, president of the Cherokee Antique Row Merchants' Association (CARMA), was immediately available for comment.

An appeal is still possible, however. Opponents have 30 days to file a petition in circuit court if they think the ruling is illegal.

Here's the decision, which also contains minutes from the appeal hearing:

Board of Adjustment Appeal Decision re St Louis Swap Meet