Apple Mapping Vehicles Are Coming to St. Louis This Month 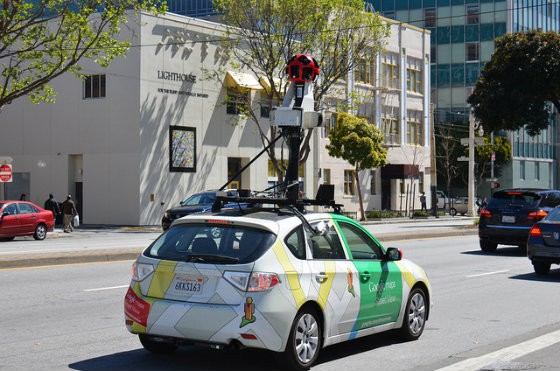 This is your chance for Internet immortality.

Apple Maps is swinging its mapping vehicles through St. Louis this month, using cameras mounted to their hoods to capture the city in all its 360-degree glory. According to Apple, they'll be here some time between June 15 and June 30.

Apple has only just owned up to the existence of the vehicles, reports the Daily Mail. Apparently, much like Google Streetview vehicles, their output will be used to better map the streets, as well as provide images for Apple devices.

In the future, the imagery captured by the vans may be used by Apple to create its own 3D street level viewing experience to complement its existing Flyover feature. Flyover is designed to let Maps users explore landmarks and major cities around the world through an aerial view. A street level addition to Flyover could perhaps be useful in day-to-day life to get a look at nearby locations, but it's possible Apple has its eye on something grander, perhaps giving Maps users a way to explore exotic locations on a more granular level.

Apple is also reportedly using its fleet of Dodge Caravans to capture images of storefronts and businesses, and this data may be of more immediate use to the company. Imagery of stores, businesses, and restaurants may be incorporated into an upcoming iOS 9 revamp to Apple's Points of Interest system, replacing photographs pulled in from third-party sources like Yelp.

People have had a lot of fun with Google Streetview vehicles -- just witness these ten photo bombs. And though Apple says they'll blur faces and licenses plates, the urge to do something silly if you see the mounted cameras is just about impossible to resist.

Unlike Google, Apple doesn't use brightly painted cars; look instead for fifth-generation Dodge Caravans. But you'll definitely know them when you see them; they're the vans with the weird cameras on the roof, recording everything in every direction, exploring our very own "exotic location" on a "more granular level." Lucky us?